Home » Hip Hop News » Duane Cali, the man who went to McDonald’s drive-thru with alleged monkeypox, says he lied about having monkeypox, to promote his music [VIDEO] 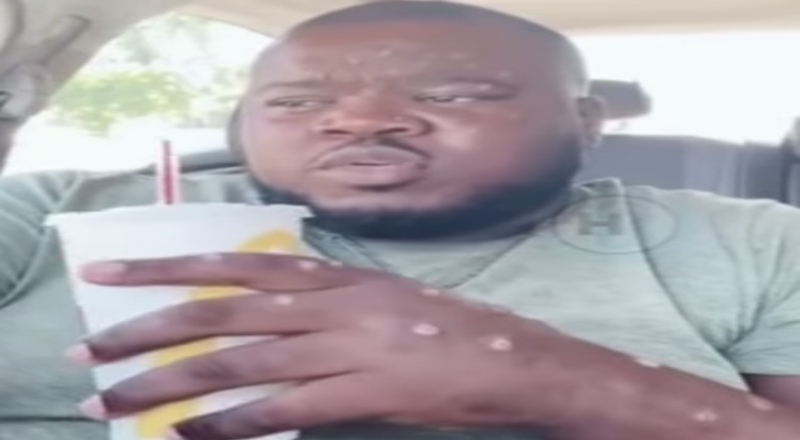 Duane Cali lied about having monkeypox to promote his music

A few weeks ago, a man named Duane Cali went viral for having monkeypox, and emphasize that people need to watch who they associate with. He also revealed that he had monkeypox, which was evident, on his body.

Now, Cali is revealing that he didn’t have monkeypox in the first place. He oddly did this just to promote his new music, particularly his “Choose Yourself” song. Cali lives in Los Angeles, as he revealed that he attempts different ways to market his music.

However, people soon found out that Cali didn’t actually have monkeypox, and faced backlash for it. He was able to fake like he caught this disease, by putting various makeup onto his skin. Cali went on to say that his marketing move for his music with the monkeypox gimmick “didn’t translate well and people just ended up getting mad at me.”

People on social media have since continued to ridicule Cali for this odd marketing move, for his music. In many people’s eyes, it was simply clout-chasing gone wrong. In the meantime, many people in the US are continuing to catch monkeypox.

Check out Duane Cali speaking on his monkeypox marketing move, below.

Duane Cali lied about having monkeypox to promote his music

More in Hip Hop News
Chris Brown performs “No Air” with Jordin Sparks, during final concert of “One Of Them Ones” Tour, in Las Vegas [VIDEO]
Tommy from “Power” refused to shake Brayden’s (Power Book II: Ghost) hand [VIDEO]