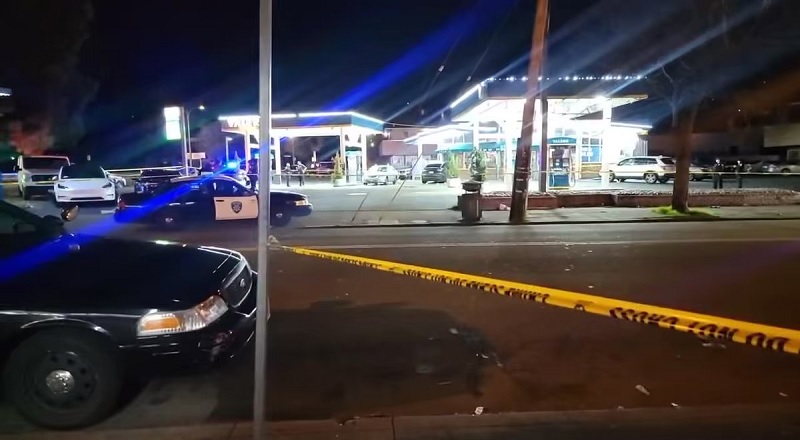 Eight people shot in Oakland with one fatality at video shoot

There should be something done to find out why so many mass shootings are taking place. Lately, California has been the epicenter for such activities. While the world is still reacting to what happened in Los Angeles, there was a shooting in Oakland, this morning. A shooting took place near an Oakland gas station, while filming a music video. As a result, eight people were hit. Of those people, there is at least one confirmed fatality.

The city of Oakland has had its fair share of struggles. Like most American inner cities, Oakland has dealt with rises in crime. However, the city also has launched new initiatives in order to alleviate the amount of crime in the city. Still, things such as mass shootings are hard to monitor. The reason for that is that the shooters are always first time offenders. Given the weight of the crime, they end up being an only time offender, as most either are fatally shot on the scene, or given life in prison.

Police officers were quick to arrive on the scene, in Oakland. As previously stated, there was a music video being filmed, and then shots rang out. After that, the police were on the scene. However, they were too late to save the lives of everyone encountered. Ultimately, there were eight victims in the shooting, one of which was fatal. The Oakland shooting marks the third shooting in as many days within the state of California.

Eight people shot in Oakland with one fatality at video shoot

🚨#BREAKING: Multiple People shot while Filming Music Video⁰⁰📌#Oakland | #California⁰
Multiple police are on scene as 8 people have been shot, with at least one dead, while filming music video at gas station. Police say this is California's third mass shooting in three days pic.twitter.com/z3Qpy8Rekp