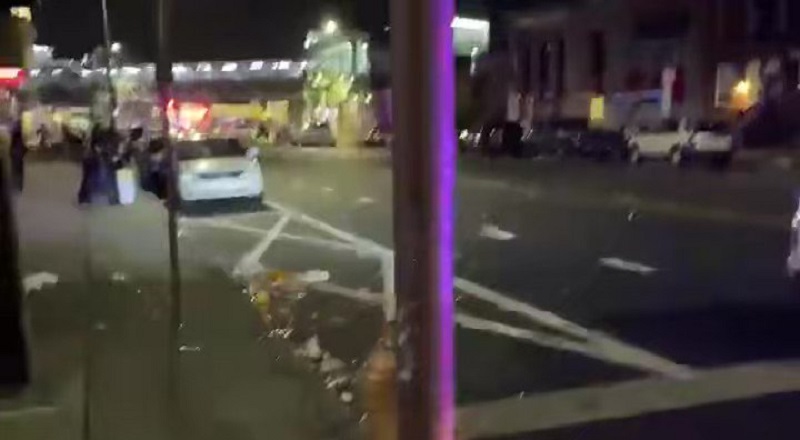 Within the city of Philadelphia, despite Game 6 being played in Houston, fans took to the streets. With the Phillies down 3-2, they needed to win last night, and a potential Game 7 to win the World series. However, the Houston Astros were having none of that. When they won the game and, in turn, the World Series, disappointed Philadelphia fans took to the streets. Most of the local bars within the city were flooded with people.

At one of the bars, shots rang out. There were a large number of Philadelphia fans who were upset and disappointed over the Philadelphia Phillies’ lost. As a result, tensions were already high for most people who were in the bars. But one particular bar had a person who was out to do harm. When this person began shooting, a total number of twelve people were hit. This led to several people being rushed to the hospital to be treated for their injuries.

Multiple law enforcements are responding to mass shooting outside Jack’s Bar in Kensington Philadelphia At least 12 people have shot outside with multiple victim’s being rushed into hospitals pic.twitter.com/HKTFt0u7FS

More in Hip Hop News
Megyn Kelly gets accused of being jealous of Meghan Markle for calling her out for referring to Prince Harry as her husband, when he is her husband; Social media calls her racist
Steve Lacy performs “Bad Habit,” on “Saturday Night Live” [VIDEO]