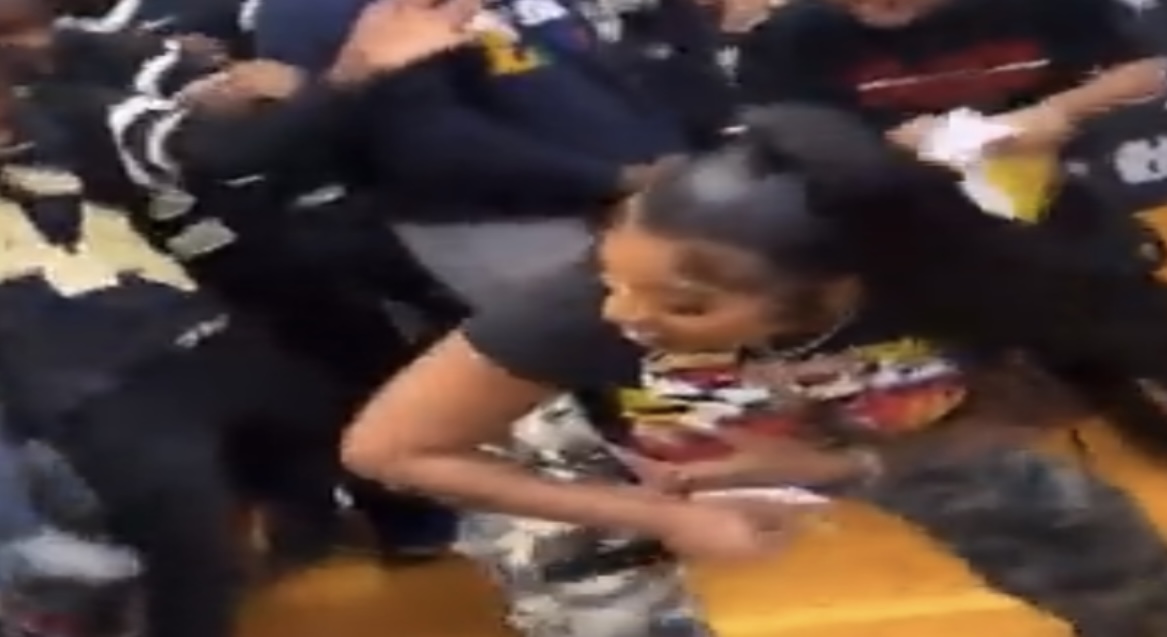 This weekend, Erica Banks received a good amount of criticism on social media. This was due to her twerking at a pep rally, at Frederick Douglass High School, in Atlanta. Erica was around a group of teenage boys who hyped her up, but she didn’t make physical contact with anyone.

Now, Erica is addressing the twerking situation, on Instagram. She commented under a posit from The Neighborhood Talk, and emphasized that sue didn’t touch anyone, and it was a fun day overall.

“Girl didn’t nobody touch them kids, clearly,” Banks said. “We had a great time, good day.”

Earlier this summer, Erica released her first project since 2020, “Diary Of The Flow Queen.” This was led by singles such as “Pop Out” and “Designer.” Erica also collaborated with Dream Doll, Beatking, and more.

Erica initially gained a buzz in late 2020, with her breakout “Buss It” single. That was initially released that summer, as it went on to become a social media sensation. Erica also signed to Houston-based record label, 1501 Certified Entertainment, which is also home to Megan Thee Stallion.