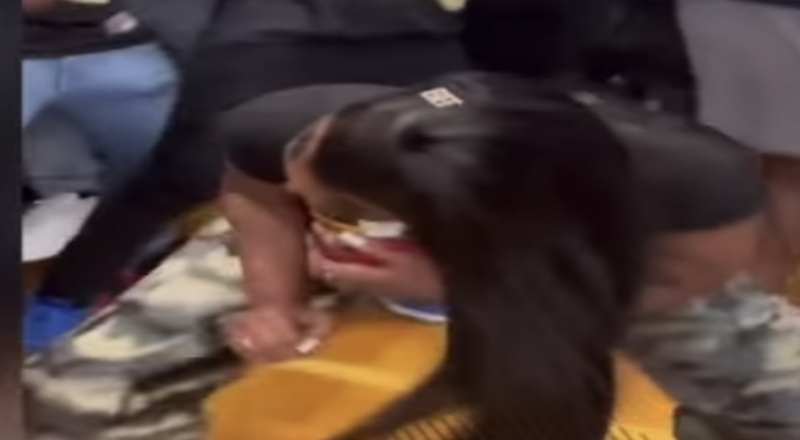 Over the past two years, Erica Banks has established herself as one of the hottest rappers out of Texas. The Dallas native initially went viral with her “Buss It” single, in late 2020. That record was initially released by Erica, that summer. That same year, Erica signed with popular Houston-based record label, 1501 Certified Entertainment.

Now, Erica is getting some criticism, online. This comes after being seen twerking near high school students, during a pep rally, at Frederick Douglass High, in Atlanta. This is due to many asking why Erica was twerking for underage boys, as many are between the ages of 14-17. Others didn’t believe it was a big deal, as many wanted to see Erica perform “Buss It.”

This comes after Erica released her new “Diary Of The Flow Queen” mixtape, in June. That project contained 13 songs, with appearances from Bankroll Freddie, Dream Doll, and Beatking. It was led by singles such as “Pop Out” and “Designer.”

This year, Erica also faced backlash for bringing up Nicki Minaj. During an interview with the Big Facts Podcast, she wondered why Nicki unfollowed her, and claimed that Nicki works with women who can’t rap.

Check out Erica Banks twerking at a local high school, along with Twitter reactions, below.