Home » Hip Hop News » Fan was bleeding from their head, after Lil Uzi Vert threw a phone into the crowd, during Wireless Festival performance [VIDEO] 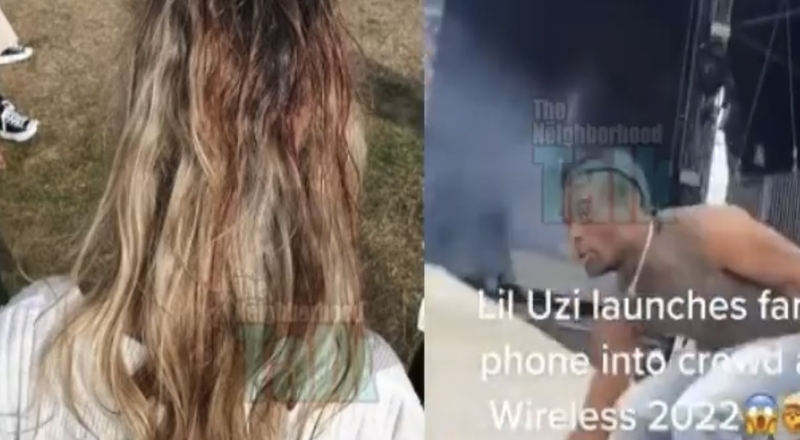 The 2022 Wireless Festival kicked off in London, on July 1. The first night was headlined by A$AP Rocky, as this festival will last for two weekends. Lil Uzi Vert also performed on Friday as well, as he definitely had an energetic performance.

Footage is now leaking of a head injury that a fan sustained, from that performance. This is due to Uzi randomly throwing a cell phone up in the air, which resulted in that hitting the fan.

This ended up being a woman who was injured in her head, and started bleeding. This was during Uzi’s performance of his 2016 hit single “Money Longer.” As of now, the fan hasn’t been fully identified, on social media.

Uzi hasn’t released a project in a while, as the last one was the “Pluto x Baby Pluto” joint album with Future, in. November 2020. In March, Uzi was featured on Nigo’s “Heavy” single, though.

Check out Lil Uzi Vert’s performance at Wireless Festival, and the injury sustained by a fan, after getting by a cell phone, below.

More in Hip Hop News
Halle Bailey’s hair got caught on microphone during Essence Fest performance
Fetty Wap slapped a woman in the face in viral video; Reports claim woman threw a drink on him [VIDEO]