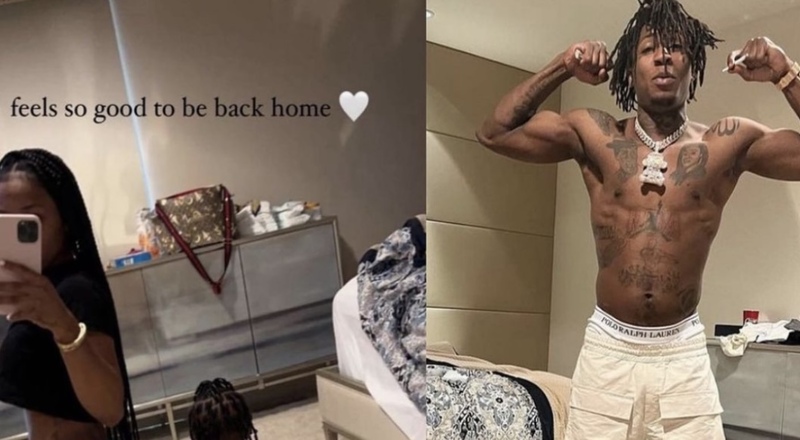 Yaya Mayweather hints at being back with NBA Youngboy

Back in 2020, Floyd Mayweather’s daughter, Iyanna, aka Yaya, was dating NBA Youngboy. This was a very rocky relationship, as Yaya even stabbed one of Youngboy’s baby mamas, Lapattra Jacobs, at his Houston home. This was over an argument there, as she wanted Jacobs to leave. Yaya was soon hit with an aggravated assault charge.

Yaya went on to get pregnant by Youngboy, and had his child in early 2021. At that same time though, the two split. Youngboy soon went on a ski trip with his new girlfriend, Jazlyn Mychelle. Mychelle also supposedly had Youngboy’s child, in 2021.

Now, it appears that Yaya may have gotten back with Youngboy. In a new Instagram story, she posted a photo with her son, with the caption “Feels so good to be back home.” Social media detectives soon came to the conclusion that Youngboy also took a photo, which was supposedly in the same room that Yaya was in.

As of now, Yaya hasn’t publicly addressed whether or not she has rekindled things with Youngboy. This comes after Youngboy scored his second number one album in less than a year, with his new “The Last Slimeto” project.

Yaya Mayweather hints at being back with NBA Youngboy

More in Hip Hop News
Miami Heat will likely retire LeBron James’ number 6 jersey, despite the NBA’s league wide retiring of number 6 out of respect to Bill Russell
Rod Wave posts “2025” on Twitter and fans think this is when he will drop his next album