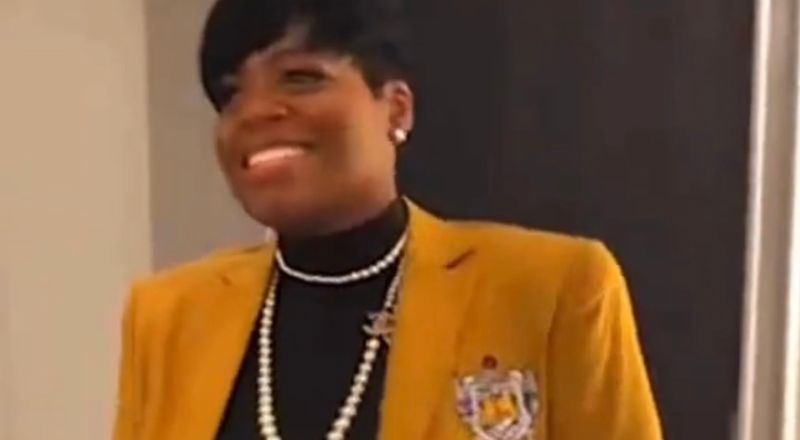 Fantasia received an award only few are chosen for. The Sigma Gamma Rho Sorority, Inc. announced Fantasia as an honorary member. The sorority held the Centennial Founders Month Honorary Membership Class, where Fantasia along with three other women received inductions as new members. An honorary title is awarded to someone who accomplishes amazing things, while showcasing necessary qualifications.

When it comes to incredible women in music, Fantasia easily tops the list. Winning the hearts of millions as the “American Idol” winner, in 2004, she quickly became a household name. Her debut album, Free Yourself, released in 2004, went platinum selling over two million copies worldwide. She continued releasing chart topping music, with a follow up album, Fantasia, that produced the single “When I See You.” The classic hit was named number eight on Billboard’s best of the R&B/hip-hop songs, for the 2000s.

Aside from her incredible musical journey, she dominates the theater stage as well. In 2007, she played the role of Celie on the Broadway musical The Color Purple, earning critical acclaim from the LA Times. Although successful in music, this new accomplishment speaks volumes about Fantasia’s character. The Sigma Gamma Rho Sorority Inc also gifted a jacket and personal bag to the star.

Continue Reading
You may also like...
Related Topics:american idol, fantasia, featured, free yourself, los angeles times, Sigma Gamma Rho, the color purple, when i see you