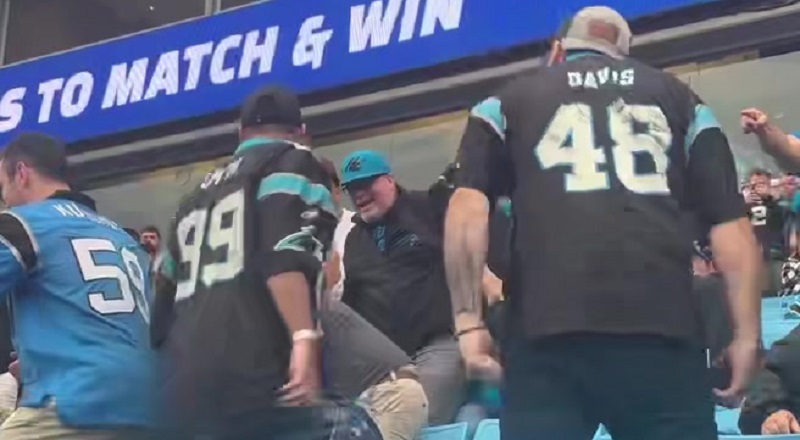 Fight breaks out between Carolina Panthers’ fans during game

Yesterday, the Carolina Panthers took a home loss to the Arizona Cardinals. As a result, the Panthers have gotten off to a 1-3 start. Currently, the Panthers are holding one of the worst records in the NFL. With that being said, the Panthers’ fans began to boo the team. However, that paled in comparison to the Panther fans fighting each other.

The Carolina Panthers are one of the most interesting franchises in the NFL. Created in 1995, the Panthers are a relatively new franchise. As a result, the Panthers do not have the strongest fan base in the Carolinas, which is the area they represent. Despite this, the Panthers tied for the best record in NFL history, in 2015, going 15-1, and playing in the Super Bowl in 2016.

On Sunday, the Carolina Panthers lost at home to the Arizona Cardinals. As a result, the fans and supporters were highly upset. After all, the Panthers fell to 1-3, but it only got worse from there. First of all, the Panthers’ fans began to boo the team, which caused major disruption. Secondly, on social media, the Panthers were being dragged by their fans, and roasted by detractors. Third, to top it all off, some of the Panther fans began fighting during the game, leading to an all out brawl.

Fight breaks out between Carolina Panthers’ fans during game