Home » Hip Hop News » Five people were shot on Bourbon Street, in New Orleans, this morning, during the weekend of the Bayou Street football classic [VIDEO] 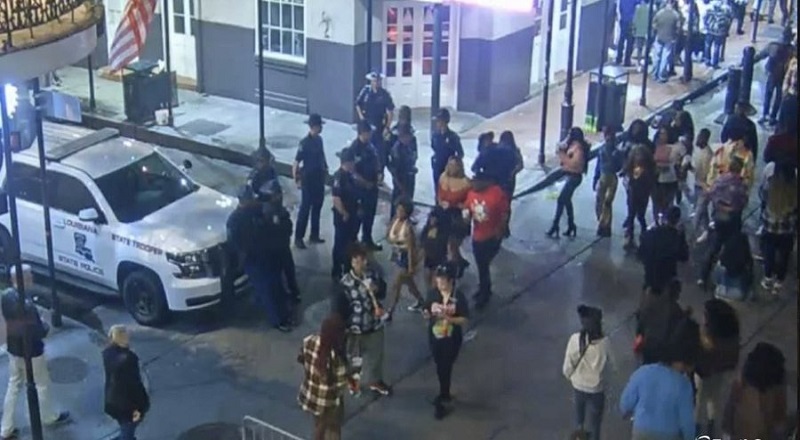 Sadly, it appears that nowhere is safe. As a result, there are people less willing to go out and do things, which is a disappointment. The city of New Orleans is one of the most beautiful places in the world. Their historic French Quarter district is home to Bourbon Street. This stretch of pavement is one of the oldest, kept, places of shopping and entertainment in North America. Last night, it became home to the latest mass shooting, following Atlanta this past week.

New Orleans is currently filled with tourists, who are all over the city. With the tourists come promoters who create other events to capitalize on the influx of people who are in town. This weekend, New Orleans hosted the Bayou Classic football game. As a result, people are touring all over the city. But the sad part is that where there are more people are more chances of conflict. The sad truth is that when people congregate, it can become dangerous.

Early this morning, there were reports of a shooting in New Orleans, on the historic Bourbon Street. The shooting not only had people running for cover, there were five people shot. Thankfully, there were no fatalities. However, several of the restaurants and storefronts received damage, due to to their windows being hit with gunshots. This is not the first time this exact same amount of people were shot at this same location.

More in Hip Hop News
Meek Mill brings out Rick Ross for performance during “Dreams and Nightmares” concert, after the two were rumored to be in beef [VIDEO]
White man goes viral turning up during Lil Baby concert and dancing, while his wife watches him, emotionless [VIDEO]