Home » Hip Hop News » Freddie Gibbs says he and Jeezy finally ended their beef, after recently seeing each other at an airport [VIDEO] 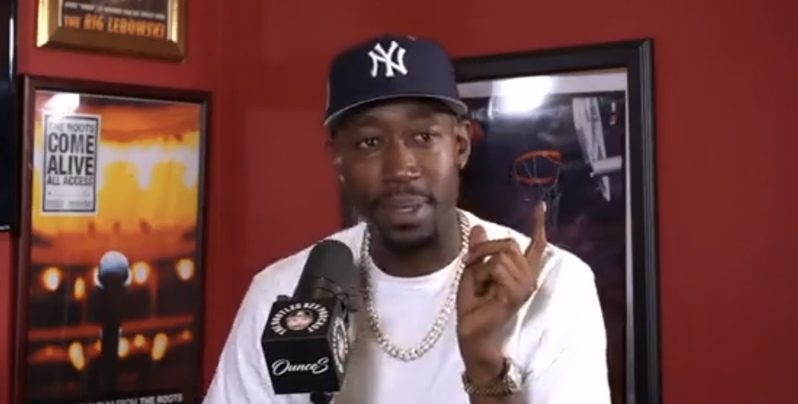 Freddie Gibbs says he and Jeezy have squashed their beef

Back in 2012, Jeezy signed Freddie Gibbs to his CTE record label. Unfortunately though, the two began to fall out, several years later. That had since resulted in Jeezy and Freddie not being on speaking terms anymore, after fans initially thought that they would build something special as collaborators.

In a new episode of The Bootleg Kev podcast though, Freddie revealed that he recently saw Jeezy at an airport, and that’s when they finally squashed their longtime beef. They even exchanged phone numbers, as well.

“I seen Jeezy at the airport with his wife. I was with my girl. We shook hands and hugged and was just like, ‘Man, salute.’ It was just, like, ‘Damn.’ It was a relief for both of us, I feel like.

“It was one of the most beautiful things ever, I think. I been put it behind me, but I had to, like, see him. And then when you look back, man, it wasn’t really nothing. That was fucking a music disagreement.”

Freddie Gibbs says he and Jeezy have squashed their beef

More in Hip Hop News
Ben Simmons misses a shot and the ball hits Kyrie Irving in the face [VIDEO]
Los Angeles rapper Half Ounce passes away, after getting shot, while on phone with pregnant wife