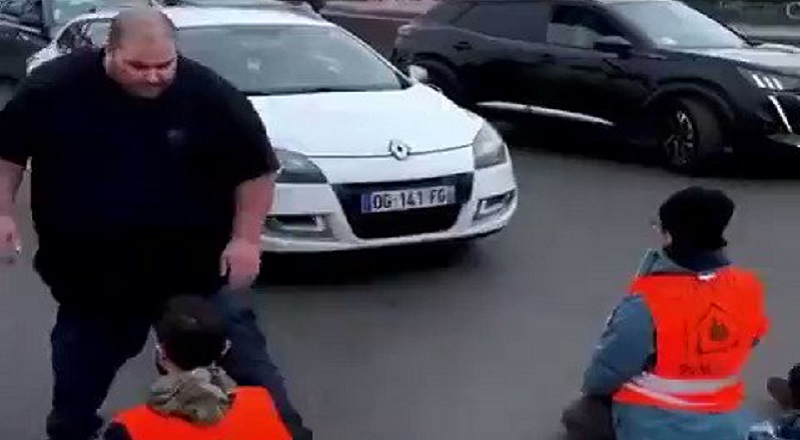 All over the world, there have been people protesting, over the past two years. People from all sides of every spectrum have been fighting for their beliefs. However, most of the protests have taken place either in front of a major building, or on non-main highways. In France, protestors decided to take over one of the main roads. As a result, there were people on the highway who were unable to get to their destinations. Obviously, this caused a problem, and one man decided to solve it.

While people have the right to protest, there are also the rights of others. Aside from that, people do risk their lives, when they decide to do things like blocking major highways. Honestly, what took place next is light in comparison to what could have happened. Clearly, the people who were driving on the highway were upset by the traffic being obstructed. Because of this, there was a person who decided to take matters into his own hands.

As the protestors blocked the traffic, on a major highway in France, a man did the unthinkable. The man got out of his car and walked up to one of the people protesting. After that, he went to the guy, and physically picked him up. Carrying the man out of the way, there a number of other people protesting that kept the highway blocked. However, there was enough room for one person to get out. But it was more of a moment because the man actually picked the guy up and moved him out of the way.

More in Hip Hop News
Lil Cam’s attorney denies that Cam was involved in shooting of Takeoff, after latest arrest for firearm
Arrest warrant for Antonio Brown is filed, after he allegedly threw shoe at ex-fiancée/baby mama, in an argument