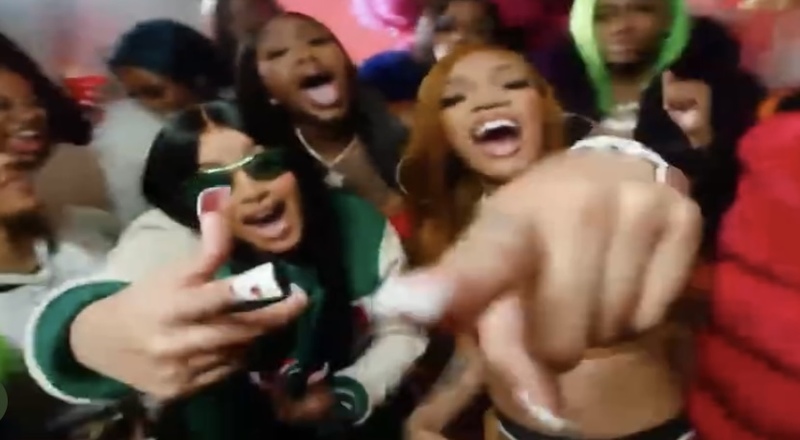 A few days ago, GloRilla announced that she had another remix of hers on the way. This time, it’s for “Tomorrow,” which was initially released on the CMG “Gangsta Art” compilation album, in July. This time, GloRilla is releasing “Tomorrow 2,” on September 23, as it includes a huge feature from Cardi B.

There will be a video accompanies to Tomorrow 2, as GloRilla and Cardi took to social media on Thursday, to preview what’s to come. The two shot the visuals in Cardi’s hometown of New York City, as fans continue to build up excitement, for this highly anticipated collaboration.

GloRilla has become one of the biggest breakout artists, of 2022. At the end of the spring, her “F.N.F. (Let’s Go)” single with Hitkidd went viral, as that soon led to a deal with Yo Gotti’s CMG record label. GloRilla also released the F.N.F. remix this month, with JT and Latto.

Cardi also released her “Hot Sh*t” single earlier this summer. That included two huge features from Kanye West and Lil Durk. In April, she was also featured on Kay Flock’s “Shake It,” with Dougie B and Bory300.

Check out a preview of GloRilla and Cardi B’s “Tomorrow 2” collaboration, below.

Me and Glo tonight… pic.twitter.com/M5BuOmkd4b

Continue Reading
You may also like...
Related Topics:cardi b, featured, glorilla, Tomorrow 2