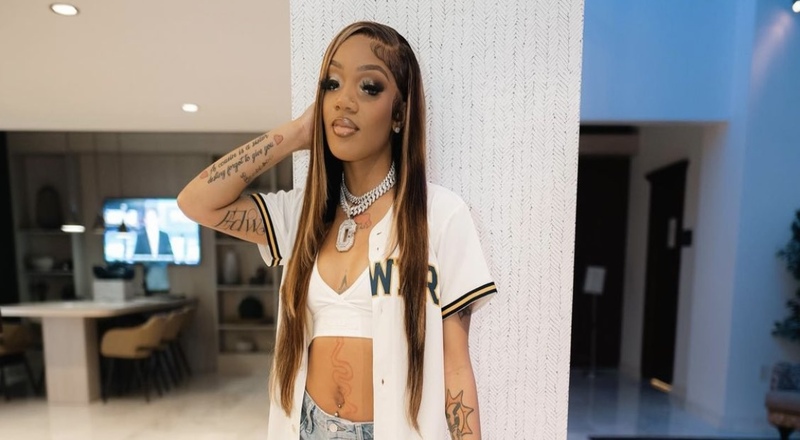 GloRilla has definitely become one of the biggest stars in hip-hop, in 2022. At the start of the summer, her breakout “F.N.F. (Let’s Go)” single began to go viral on social media, as it even cracked the Billboard Hot 100 chart. Currently, it stands at number 58. This was also produced by Hitkidd, who’s also been working with other rappers that GloRilla is close with, such as Gloss Up and K Carbon.

GloRilla also went on to sign with Yo Gotti’s CMG record label, in June, as both are Memphis natives. She also appeared on the CMG “Gangsta Art” compilation album in July, with her “Tomorrow” song.

Now, a new GloRilla single is on the way, which fans have been requesting. She just took to Instagram to announce that “Blessed” will be released on August 31, at noon. GloRilla posted a TikTok video of herself dancing with four elderly women, as Blessed is playing in the background.

GloRilla is also currently working on her debut studio album. At the moment though, there is still no official release date, or title for it. Many anticipate that it may be out sometime before 2022, though.

Check out GloRilla announcing and previewing her upcoming “Blessed” single, below.