Home » Hip Hop News » GloRilla continues to reject requests that she should get her body done; Says people need to get used to her slim body 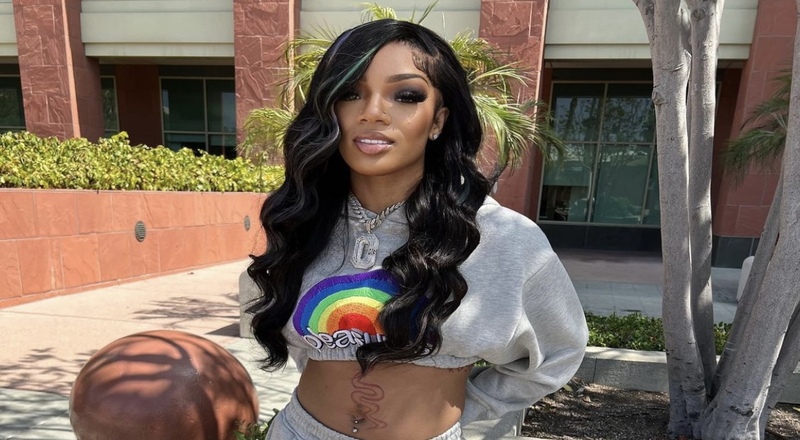 GloRilla continues to shut down requests to get her body done

This summer, GloRilla has been one of hip-hop’s biggest breakout rappers. At the end of the spring, her “F.N.F. (Let’s Go)” single took off, and even cracked the Billboard Hot 100 chart. Currently, it stands at number 53.

In June, GloRilla’s success led to her with fellow Memphis native, Yo Gotti. This is at Gotti’s CMG record label, which is home to stars such as Moneybagg Yo, 42 Dugg, Mozzy, and more. In 2022, Gotti also signed Mozzy, and R&B artist Lehla Samia.

GloRilla has also embracing how she looks. She’s been experiencing some peer pressure from fans to get her body done, and is continuing to shut that down. On Monday, she took to her Instagram stories to say that people need to embrace her slim body.

“This my last time addressing this. You ms better get used to this slim body, green pretty ass eyes, and big beautiful nose of mine cause ain’t a damn thing gone change. Yall can hate yall self all ya want but I luv me some BIG GLO.”

GloRilla is also working on her debut studio album. There is still no official title or release date, but still has plenty of momentum from her F.N.F. single, as well as “Tomorrow.”

GloRilla continues to shut down requests to get her body done

Continue Reading
You may also like...
Related Topics:cmg, featured, glorilla, yo gotti

More in Hip Hop News
Fiery accident involving 18 wheeler shuts down I-285 in Atlanta [VIDEO]
New prison photo of Pooh Shiesty goes viral, after being sentenced to 63 months in prison due to 2020 shooting, in April