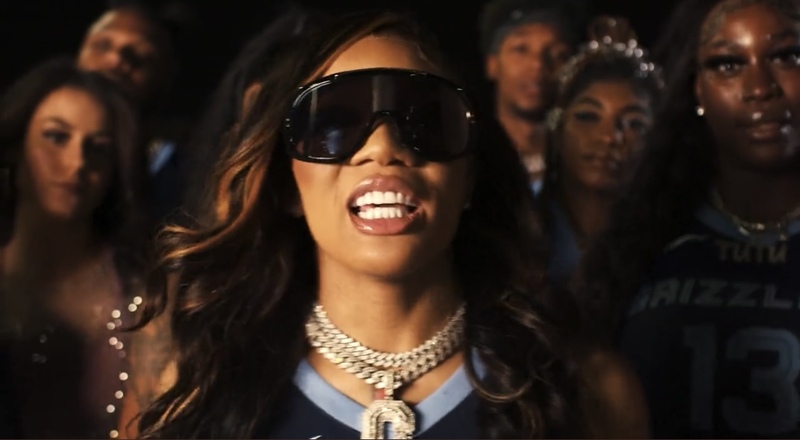 GloRilla has definirely been one of 2022’s biggest breakout stars. At the end of the spring, her “F.N.F (Let’s Go)” single took off, and became a massive viral hit. That led to GloRilla getting signed to fellow Memphis native Yo Gotti’s CMG record label. July soon saw Glo score another major hit, with “Tomorrow.” She also went on to release “Blessed,” in August.

GloRilla has been one of Memphis’s best, as she is now collaborating with the home town Memphis Grizzlies. In a new hype video posted by the team, on Monday, GloRilla narrates it, while wearing a Grizzlies jersey.

The Grizzlies were one of the best teams in the NBA last season, as they totaled a 56-26 record, and finished second in the Western Conference. They are led by a superstar, in Ja Morant. Memphis went on to fall to the Golden State Warriors, in the second round of the playoffs. That came after a knee injury suffered by Morant.

Meanwhile, GloRilla still has a lot of momentum, as she released “Tomorrow 2,” last week. This included a huge feature from Cardi B, as the two filmed the video for it, in Cardi’s hometown of New York City.

More in Hip Hop News
Blueface posts Instagram stories of Chrisean Rock being intoxicated, throwing up, and helping her move while on hotel baggage handler [VIDEO]
Cardi B claps back at Akbar V, on Twitter, after Akbar took shots at Cardi