Home » Hip Hop News » GloRilla says her voice always sounds deep, because her “p*ssy is so good,” after fans mentioned her voice being deep, in preview of upcoming song 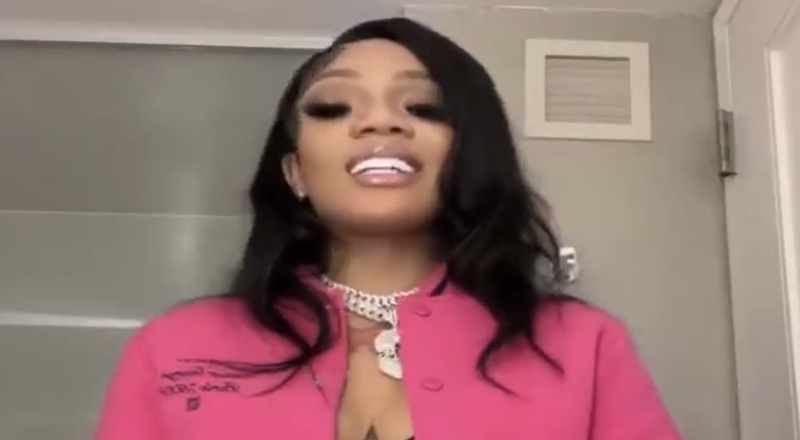 GloRilla speaks on why her voice sounds deep in songs

GloRilla has become one of the biggest breakout rappers of 2022, since the spring. The Memphis native began to see major success after her ”F.N.F. (Let’s Go) single went viral, and was soon labeled as the song of the summer. F.NF. is also currently number 66, on the Billboard Hot 100 chart.

In July, GloRilla want on to sign a deal with Yo Gotti’s CMG record label. A video went viral of her and the CMG contract, on a private jet with Gotti. GloRilla’s friends also joined her, in that celebration. She was also featured on CMG’s new “Gangsta Art” compilation album, last month.

This week, GloRilla also previewed a new song, that she danced to. Many fans were quick to point out that her voice supposedly sounds “deep.” Now, she is addressing this, in a new tweet. GloRilla claims that every song that fans have heard up until this point, were before she got veneers. She added that her voice sounds deep, because her p*ssy is “so good.”

Check out GloRilla speaking on fans mentioning her deep voice, below.

GloRilla speaks on why her voice sounds deep in songs

Continue Reading
You may also like...
Related Topics:cmg, featured, glorilla, yo gotti