Home » Hip Hop News » GloRilla shouts out Saweetie; Says she was the first person to reach out, when “F.N.F” single began to go viral 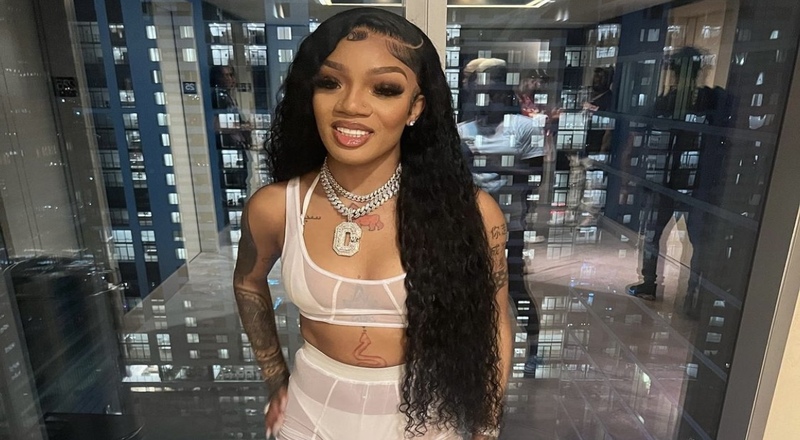 GloRilla shouts out Saweetie for supporting her

GloRilla has been one of the biggest breakout artists of 2022, as it all started at the end of the spring. That was when her “F.N.F. (Let’s Go)” single began to go viral. That soon led to GloRilla signing a deal with fellow Memphis native Yo Gotti’s CMG record label.

F.N.F. has been on fire since then, as it it peaked at number 58 on the Billboard Hot 100 chart, in August. On Friday, GloRilla also released the remix for this single, as it featured Latto and City Girls’ JT.

Now, GloRilla is showing Saweetie love, on Instagram. She explained how Saweetie was the first person to reach out, when F.N.F. started to make noise. Saweetie was also initially expected to appear on the F.N.F. remix.

“I wanna take time to thank my good sis @saweetie so much !! She was the first person to reach out to me when the song blew & when I first saw her I was in shock because she’s one of the girls who I just use to go on her ig & stare at her because she’s so pretty.”

Check out GloRilla giving Saweetie her flowers, on Instagram, below.

GloRilla shouts out Saweetie for supporting her

Continue Reading
You may also like...
Related Topics:featured, glorilla, saweetie