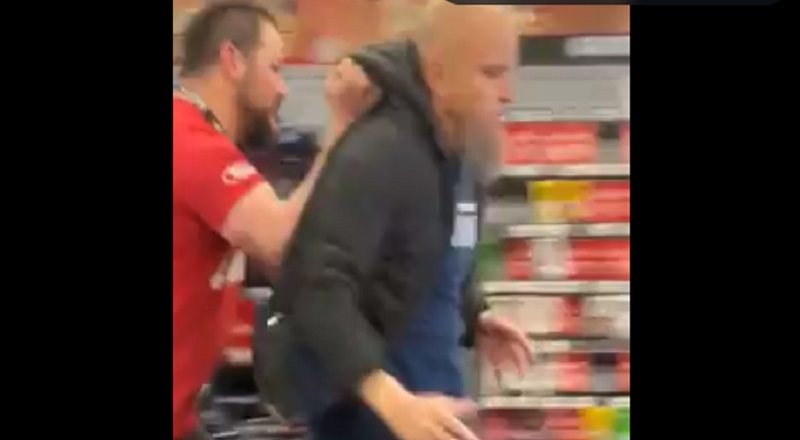 Shoplifting is being exposed on social media, at an all-time high. Not only are these people breaking the law, but they are doing so in some of the dumbest ways. Honestly, the people are not thinking these situations through. First of all, if they were, they would not even be making the decision to take anything without paying. With that being said, this person in Guitar Center got more than they bargained for.

Sometimes, the employees are willing to go beyond the extra mile on the job. Many are instructed to simply call the police and let people walk out, when they are going to shoplift. However, there are several employees that have gone the extra mile. These employees have ended up going viral for their efforts.

At Guitar Center, a man came into the store, and tried to walk out of the store with a guitar, without paying for it. As a result, the man ended up getting a whole lot more than just getting the police called on him. On top of that, the man got run down by an employee who got ahold of him. The employee got the man on the ground, making him regret making that decision. After that, he fell outside of the store.