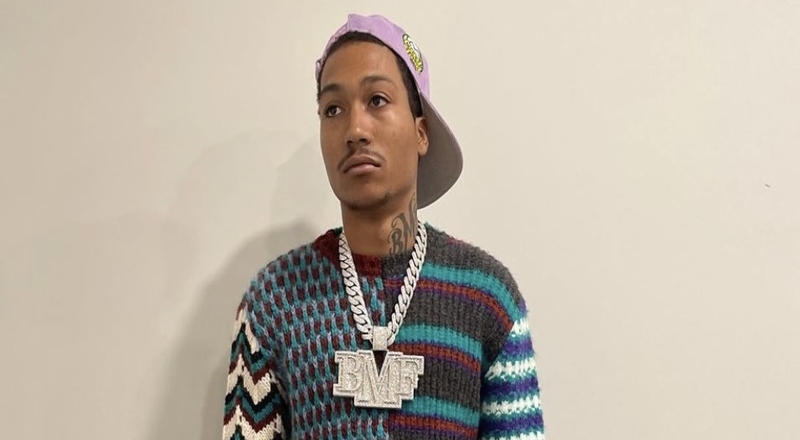 On Wednesday, TMZ reported that “BMF” star, Lil Meech, was arrested back on March 14, for two counts of first-degree grand theft and a separate count of organized fraud. This came after Meech visited Miami’s Haimov Jewelers, in February. At the time, Meech put a down payment on a $250,000 Richard Mille, using his $80,000 platinum Rolex.

However, Meech ended up not paying the remaining $250k balance, as he went on to allegedly trade the watch for a different Richard Mille piece, at a different store. But, Meech did go on to post bond, on the same day that he was arrested.

Now, Haimov Jewelers is speaking on the incident, in a new statement, on Instagram. Also, they claimed that they reached out to Meech many times about the watch, and emphasized that he can’t just trade a watch with a different jewelry store, which isn’t paid for.

“Haimov jewelers Is a family business. You cannot trade a watch that wasn’t paid for to another jeweler And take the next jewelers watch and not pay them as well. We all work hard for our money and do clean business. We reached out many many times but you ignore. If someone owed you 200k would you let it slide? We put our blood sweat and tears into making this business successful We came from the bottom!”

Continue Reading
You may also like...
Related Topics:featured, Lil Meech

More in Hip Hop News
Quavo and Takeoff announce “Hotel Lobby” single, coming this week, under their “Unc and Phew” group name; Offset unfollows both on Instagram
Inside of Young Thug’s jail cell revealed, where he originally claimed that he’s living in inhumane conditions [VIDEO]