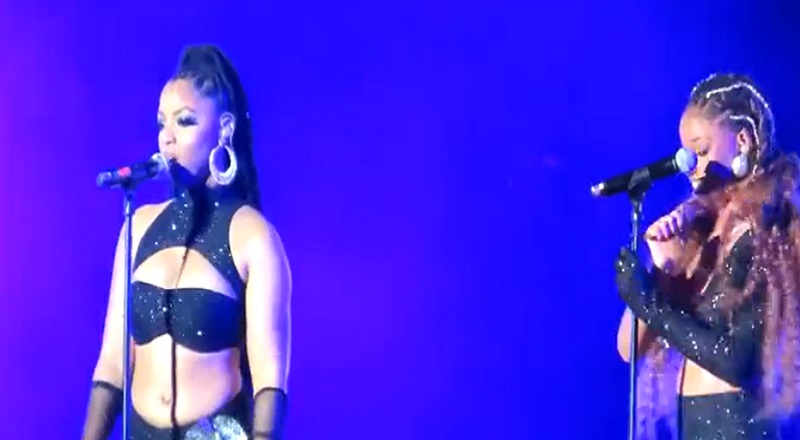 Halle Bailey is also rising to fame. However, Halle Bailey is not getting the same type of attention as her sister. While Chloe Bailey is the media’s favorite, Halle is still making herself known. The ladies first came onto the scene as Chloe X Halle. They still are Chloe X Halle, first and foremost.

More in Hip Hop News
Bobby Brown gave up on dancing during “Every Little Step” performance at Essence Fest #EssenceFest [VIDEO]
Fan was bleeding from their head, after Lil Uzi Vert threw a phone into the crowd, during Wireless Festival performance [VIDEO]