Home » Hip Hop News » Halle Bailey responds to viral video of Chloe getting upset with her and walking off when she was trying to sing, saying “I used to annoy Chloe so bad” [VIDEO] 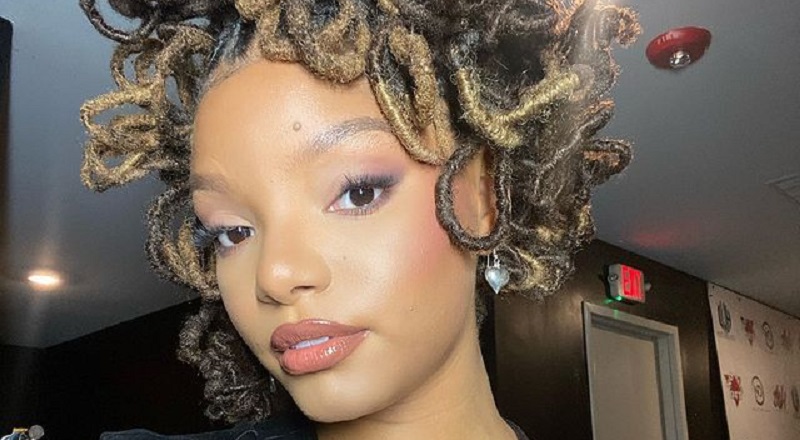 Halle Bailey responds to video of her and Chloe as kids

Halle Bailey was signed to Beyonce’s Parkwood Entertainment, alongside her sister, Chloe. During the 2016-2017 period, Chloe X Halle were introduced to many industry figures. The sisters were often found on red carpets of major events and award shows. Early in their career, Chloe X Halle spoke to HHV about their goals.

Halle Bailey has had a front row seat to watch while her sister, Chloe Bailey, has become one of entertainment’s biggest names. Last summer, Chloe Bailey took over the world with her single, “Have Mercy.” In the time since, Chloe has continued to create viral moments. As a result, Chloe is viewed as one of those major figures.

Halle Bailey, meanwhile, is also a prominent rising star in the industry. While Halle Bailey has not seen her career rise as fast as Chloe’s, Halle is also rising. Over the past year, some people have tried to make a big deal about Chloe being more popular than Halle. As any older sibling would, Chloe Bailey quickly spoke out, and put that talk to an end. After that, Halle Bailey found herself being roasted on Twitter, due to a viral video. An old video showed Chloe upset with Halle, as kids, for messing up their singing. As a result, Halle shared the video, laughing about how she used to annoy Chloe.

Halle Bailey responds to video of her and Chloe as kids