Home » Hip Hop News » Herschel Walker gets roasted on Twitter for pronouncing “election” as “erection,” saying “this erection is for the people” [VIDEO] 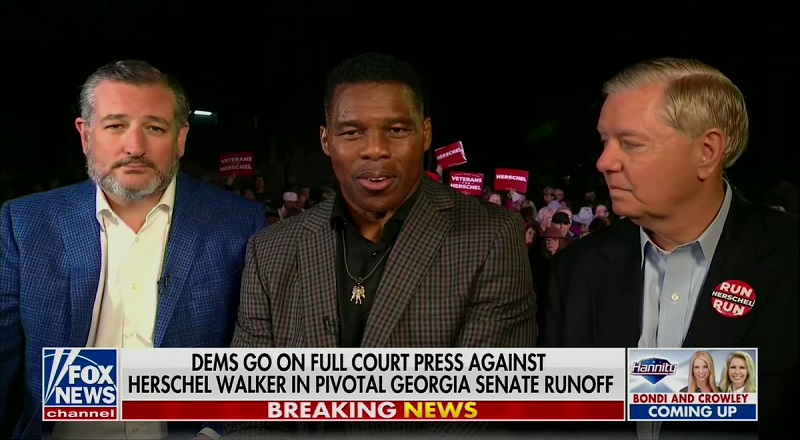 Herschel Walker is the reason that “erection” is trending on Twitter. Despite the election being nearly a month ago, Walker is still campaigning. During the 2022 elections, Walker earned the nomination for the Georgia Senate race. As a result, he ended up having to face off with sitting senator, Raphael Warnock. Early in 2021, Warnock won his initial race to become Senator. That race was decided in a runoff. Now, if Warnock wants to stay the Senator, he has to run in another runoff.

Herschel Walker continues the trend of celebrities running for political office. Those in the sports world know who Walker is. Originally, Walker rose to fame as a football player. During the 1990s, Walker became iconic for his role in the Dallas Cowboys’ dynasty. While he also played for other teams, he is best known for his original stint with the Cowboys. After that, Walker was enjoying the retirement life, but he wound up involved in politics.

Herschel Walker has done a lot as a first time politician. Among other things, he maintained a tight race in Georgia. Unfortunately for Walker, had the race been called, he would have lost. However, the runoff is allowing him another chance. Tonight, Walker did a rally, which had the support of some prominent politicians from the Republican party. When he sat down for an interview with Fox News, he said the election was for the people. Due to his accent, it sounds like he actually said “erection.” As a result, this is trending on Twitter.

Walker: This erection is about the people pic.twitter.com/rx9Ju595q3