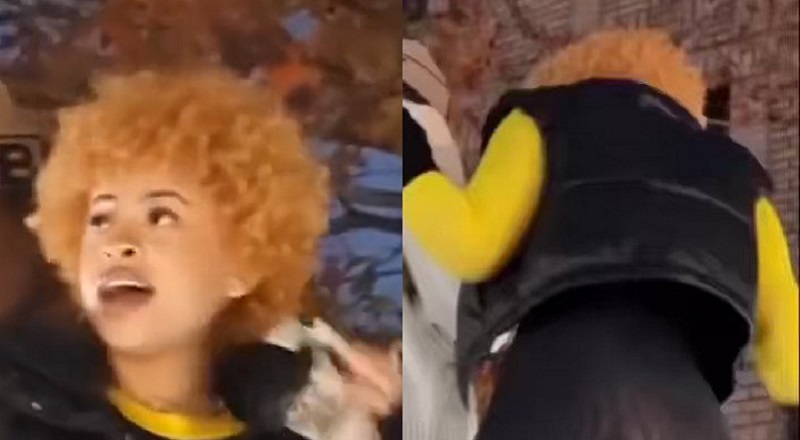 Ice Spice goes viral for her backside during turkey drive

Ice Spice is the sensation that has taken over the world, over the past six months. A year ago, she began experiencing viral success. However, she did not break through until she released of her single, “Munch (Feelin’ U).” When the song gained momentum, she wound up getting a major co-sign from Drake. After that, he unfollowed her on Instagram. In addition, fans believe that Drake went as far as to diss her on his new album with 21 Savage.

Ice Spice is considered to be one of the brightest rising stars in the game. As a native of The Bronx, he received a major co-sign from Cardi B. Over the past five years, Cardi has been the sensation that took over the game. She rose to fame from dancing, then going on “Love & Hip Hop,” and finally topping the Billboard charts. After all, Cardi’s run was historic, as she was the previous sensation from The Bronx. So, Ice Spice makes the second female rapper to reach success from The Bronx in a five year span.

Ice Spice and fellow Bronx star, Lil Tjay, were handing out turkeys from Thanksgiving. There were fans who were out there to film the stars, as they were doing their thing. Both stars were giving out turkeys to the people. The moment was good for the neighborhood, so there were fans recording the good deed. But there was one person filming who saw something better than turkeys. Once he realized Ice Spice was bending in front of him, he recorded her. In turn, the video has gone viral.

Ice Spice goes viral for her backside during turkey drive

Ice Spice and Lil Tjay had the bronx outside for their Turkey Drive. pic.twitter.com/PIRgq0ctqv