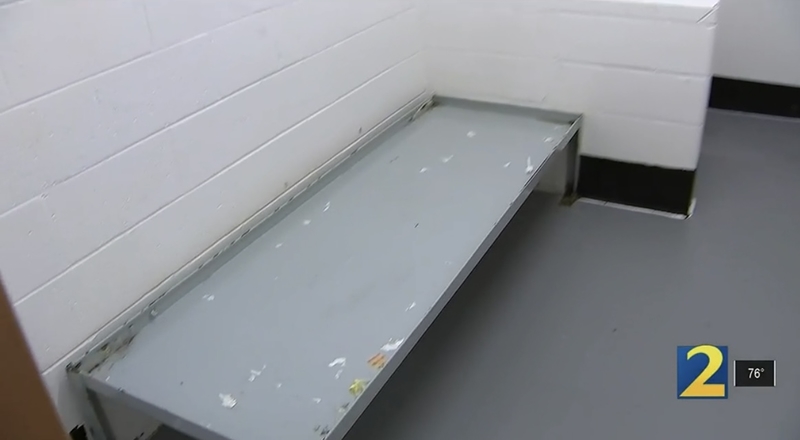 It’s been almost two weeks now, since Young Thug, Gunna and their YSL crew was hit with a 56-count indictment. This was for charges of RICO, murder, gang activity, and more. Plenty members of YSL are also expected to be hit with life sentences, for their involvement. Thug and Gunna were each put into custody, two days apart.

Thug has since complained that he has allegedly been living in inhumane conditions, at the Atlanta jail he’s being held at. TMZ reported that this includes being in a windowless room, having inedible food, and not being able to have exercise space available to him. Thug even labeled it as a “dungeon,” as he is also in solitary confinement, and has a light on, all the time, which causes Thug to have trouble sleeping. This all caused Thug’s lawyer to file an emergency motion, for his release.

WSB-TV 2 explored the cell, as a Cobb County Jail official shut down Thug’s claims. He emphasized that this is a jail facility, and not meant for luxury.

“The purpose of today is to let the community know that we’re not doing anything that we don’t want them to see,” Col. Temetris Atkins said. “We run an above-board jail and we want anybody and everybody to know that.

Another Cobb County Jail official added “This is a jail, it is a detention center. It’s not the Ritz Carlton, so you have to recognize that.”

Prior to this indictment, Thug had been one of the biggest artists out. His “Punk” album became his second straight solo album, in October. Last summer, the YSL “Slime Language 2” album was also the top album in the US.

More in Hip Hop News
Haimov Jewelers releases statement about Lil Meech not fully paying for $250,000 Richard Mille watch, resulting in grand theft and fraud charges; Claim that they reached out to Meech many times
Bronny James gets unfairly dragged by Twitter for taking a white girl to the prom