Home » Hip Hop News » Isaiah Lee, who tackled Dave Chappelle at Netflix Is A Joke Fest, is a rapper, who has a song about Chappelle 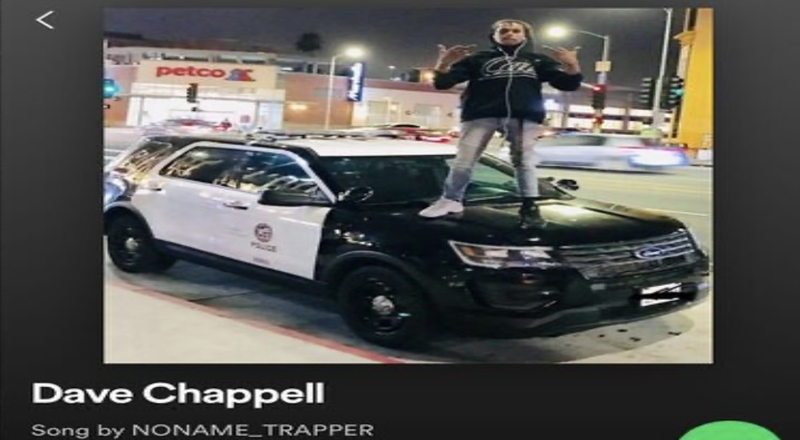 Dave Chappelle is one of the biggest trending topics on social media right now. This is due to him randomly being tackled by a man, during his stand-up show last night, at Netflix Is A Joke Fest. This event was held at the Hollywood Bowl, in Los Angeles.

The man who tackled Chappelle, ended up being identified as 23-year-old Isaiah Lee. Lee was quickly attacked by security on stage, as he appeared to have suffered a gruesome arm injury, after. Jamie Foxx also reportedly helped security. Chris Rock went on to join Chappelle on stage as well, as he jokingly asked, “Was that Will Smith?”

Lee was taken to a local hospital, as he was charged by LAPD with felony assault with a deadly weapon. He reportedly had a replica handgun, with a knife. Lee is being held on $30,000 bond.

More information is surfacing about Lee, on his social media feeds. On Instagram, he has over 32,000 followers, and is actually a rapper. Lee’s stage name is NoName_Trapper, per TMZ. On streaming platforms, he also has a song from 2020, titled “Dave Chappelle.”

Someone attacked Dave Chappelle at his show and his security team left that man looking like Mojo JoJo. pic.twitter.com/pna2642x7G

Here is a video of the aftermath. #DaveChappelle handled this like a champ! #HollywoodBowl pic.twitter.com/0xaBpWsbrT