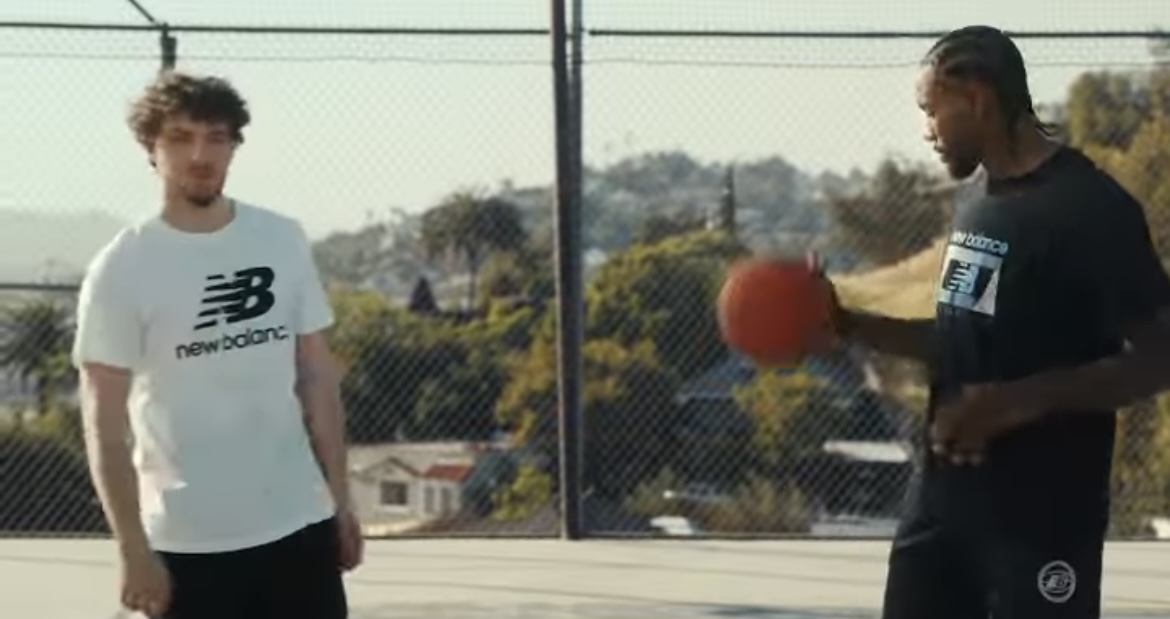 New Balance has been growing its brand even further, over the past several years. They’ve added stars to their roster, which includes Los Angeles Clippers star Kawhi Leonard, as well as Jack Harlow, who is now one of the biggest artists in the world.

New Balance has now released a commercial, which stars both Leonard and Harlow. The two are both seen sporting NB gear, all while playing a game of basketball together. At the end of the ad, Harlow claims that New Balance is up next.

Kawhi Leonard didn’t play in this past NBA season, due to suffering a partial tear of his ACL, in last year’s playoffs. Nonetheless, Leonard is still one of the best basketball players in the world. The Clippers will be a threat next season, when he’s healthy, as well as Paul George.