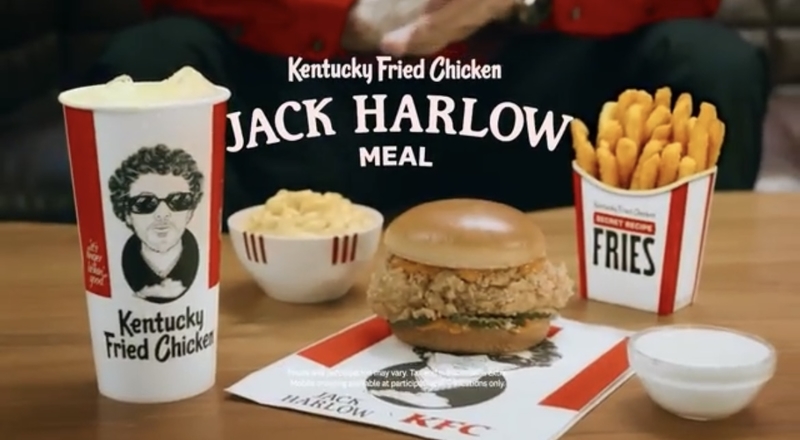 Three days ago, Jack Harlow and KFC announced that their new collaboration is coming. This is that Jack would receive his own KFC meal, which is the “Jack Harlow Meal.”

Over the weekend, Harlow was also spotted at a KFC location in Atlanta, where he was working a drive-thru. This was in promotion of the Jack Harlow meal. One fan posted a video of Harlow in the drive-thru, as he definitely enjoyed that experience.

Harlow has been winning big over the past month musically, as well. In May, Harlow’s sophomore album, “Come Home The Kids Miss You,” debuted at number one in the US. That came after his “First Class” single also topped the Billboard Hot 100 chart. Come Home The Kids Miss You contained 15 songs, with appearances from Drake, Justin Timberlake, Lil Wayne, and Pharrell Williams.

Check out a closer look at the Jack Harlow meal at KFC, below.

More in Hip Hop News
Steve Harvey says he’s “Team Lori,” and Michael B. Jordan is still a “cool guy,” after Lori Harvey and MBJ’s breakup
Benny The Butcher releases “Welcome To The States” song, to address mass shootings in hometown of Buffalo and other cities; Is also selling “Pray For Buffalo” shirts, which has all proceeds going to Buffalo Survivors Fund