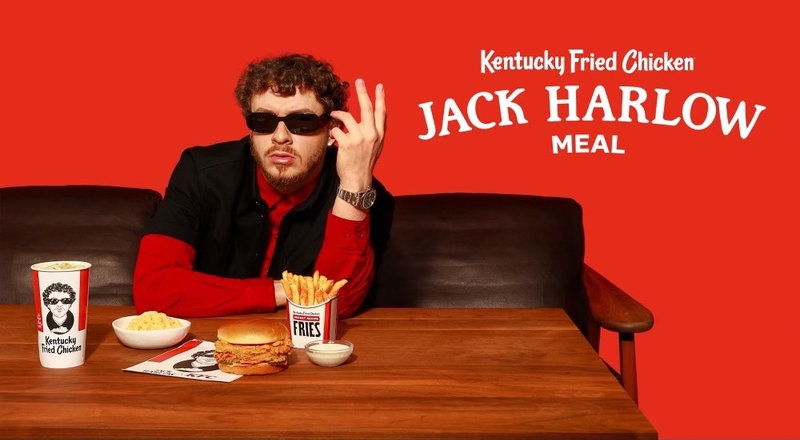 Jack Harlow has been on fire, over the past month. In May, he put out his sophomore album, “Come Home The Kids Miss You.” This was led by the chart-topping “First Class” single. As of now, it’s still the number two song in the US. Jack’s Come Home The Kids Miss You Album contained 15 songs, and appearances from Drake, Lil Wayne, Justin Timberlake, and Pharrell Williams.

Jack is also one of the biggest artists to come out of Louisville, and Kentucky in general. Jack represents his city and state to the fullest, as he even has a chain of the state of KY. Now, Jack has a huge collaboration coming, with one of the biggest brands in Kentucky.

Jack has been working with KFC for a while, and now, he has his own meal coming. Jack and KFC announced on social media today, that the “Jack Harlow Meal” is arriving on June 6. It’s unclear how if this meal will be temporary or not, but the demand will definitely be sky high, especially in all of Kentucky.

Check out Jack Harlow announcing his new KFC collaboration, below.

More in Hip Hop News
Summer Walker says London On Da Track is the “worst baby daddy on the face of the planet”
YSL’s alleged co-founder, Walter Murphy, turns himself in on RICO charges, as he was named in YSL’s indictment