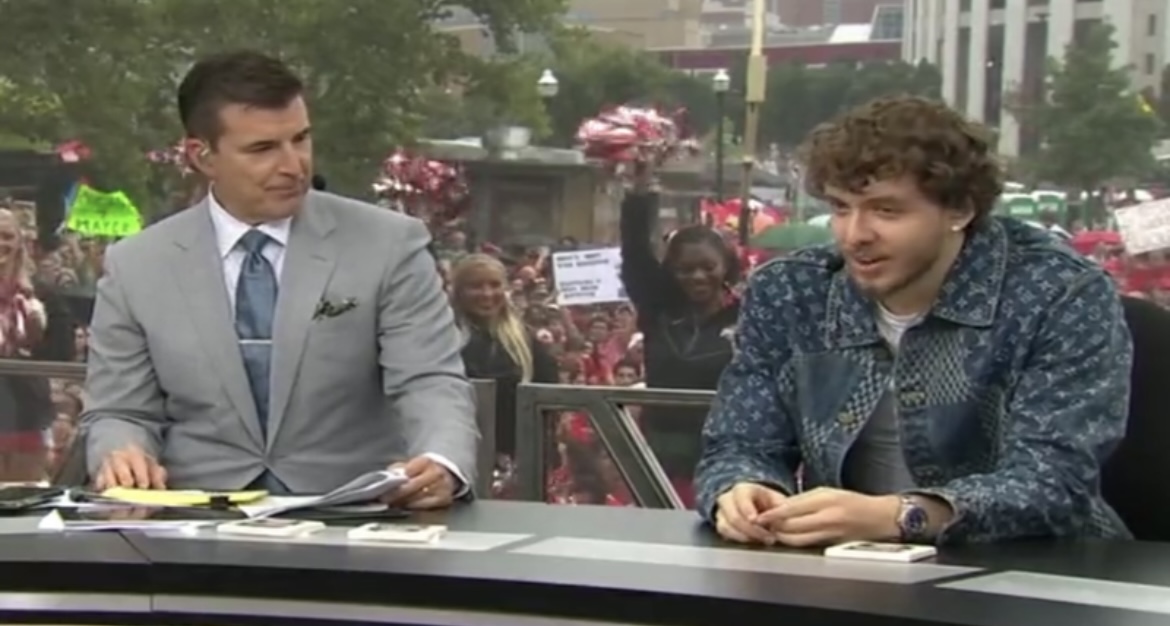 In 2022, Jack Harlow has had another major year, for his career. He scored his first number one solo single earlier this year, with “First Class.” That sampled Fergie’s 2006 “Glamorous” single. Harlow’s sophomore album, “Come Home The Kids Miss You,” also saw a number three debut, in the US.

Harlow was also brought on the College Gameday broadcast on ESPN today, to make his college football predictions, for this week.  This was held in Columbus, OH, for the Notre Dame vs Ohio State game.

Harlow’s analysis was definitely entertaining, as he gave his own personal reasons for why he believes teams such as LSU and Cincinnati would each win their games. He mentioned his friendship with Joe Burrow, along with a woman he’d met in Cincinnati, before.

Harlow is also fresh off of winning a VMA, last week. This is for his First Class single, as it won the award for “Song Of The Summer.” This was a highly debated win, but Harlow continued to show why he’s been winning again, in 2022.

Check out Jack Harlow making his appearance in Columbus, OH, to make his college football predictions, on College GameDay, below.

Let's just say @jackharlow's strategy for GameDay picks is a little unconventional … we love it tho 😂😭 pic.twitter.com/uIde23p46a

More in Hip Hop News
Car gets into head on collision driving on wrong side of I-295 in Washington, DC
Idris Elba said his grandfather is from Kansas City, so he has the right to play Black American roles