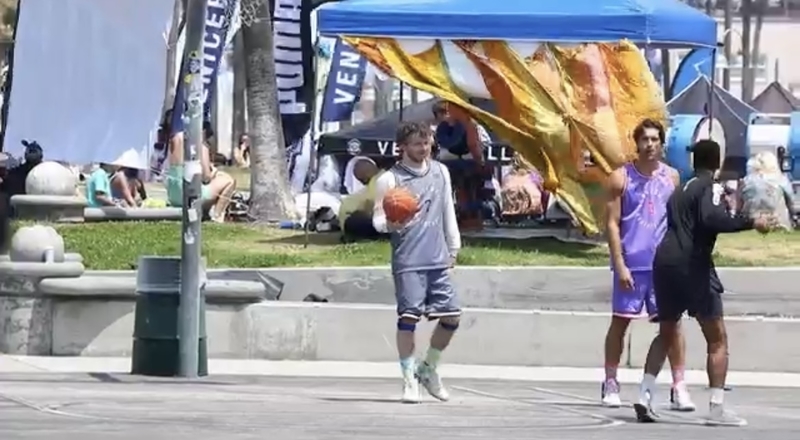 A few months ago, it was confirmed that Jack Harlow would star in the reboot of the classic 1992 film, “White Men Can’t Jump.” Harlow is being casted as Billy Hoyle. It was rumored that Quavo could join Harlow in this film, but that didn’t end up happening.

However, a new clip has now surfaced of Harlow getting some shots up, on the basketball court. According to TMZ, Harlow has been filming White Men Can’t Jump in Venice Beach, CA. In the latest viral clip of Harlow on set, a defender is softly playing defense, as Harlow is able to end up scoring some easy buckets.

As of now, an official release date for the White Men Can’t Jump reboot, is still unclear. In May, it was revealed that Lance Reddick, Teyana Taylor, and Laura Harrier would all be added to this film, per Deadline. Sinqua Walls is casted with Harlow, as well. 2022 is also the 30-year anniversary of the original White Men Can’t Jump.

Harlow has had a huge 2022, as his “Come Home The Kids Miss You” album debuted at number three in the US, in May. That project was led by the chart-topping “First Class” single. Earlier this week, Harlow and KFC also released their “Jack Harlow Meal.”