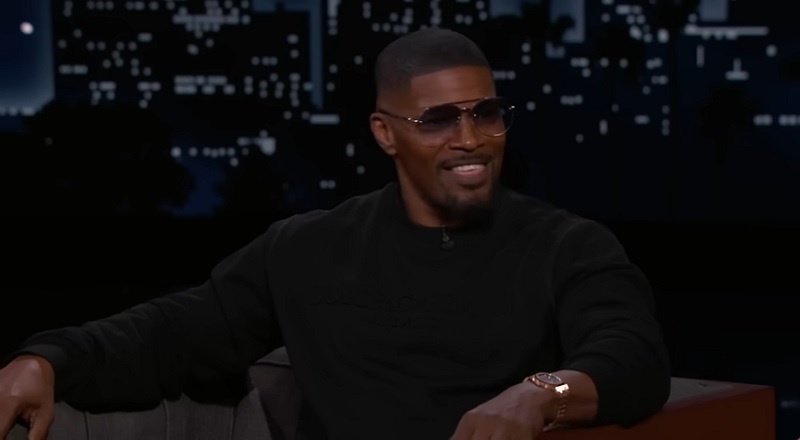 Jamie Foxx frustrated with being left off hot throb list

Jamie Foxx long ago established himself as one of the top entertainers in the game. Dating back to 1996, he has consistently been one of Hollywood’s biggest stars. First, Jamie Foxx came with his sitcom, which ran five years. Second, he introduced his music career on the show. Third, he launched his career as a film actor. After that, Foxx circled back and began dominating music. This year, he went viral for his impression of Donald Trump, over the summer. Now, Foxx is expressing disappointment in a social media post.

Jamie Foxx is one of the most talented people in entertainment. Through his career, he has proven there is not much he can’t do. Even in his later years, Foxx is not fading away from the spotlight. Instead, he is splitting his time between which part of his career he is growing. The past few years have seen Jamie make a return to the sitcom world. In addition, Foxx is also having his film career also going strong. When it comes to the acting, almost all of Jamie Foxx’s latest work is available on Netflix. Going into 2023, Foxx has many things coming up.

Jamie Foxx was scrolling Instagram, when he saw The Shade Room’s post. They had a list of 1990s male celebrity hot throbs. The question was posed to the followers about which male celebrity that they still had a crush on. From left to right, the list consists of Morris Chestnut, Taye Diggs, Michael Ealy, Shemar Moore, Denzel Washington, Method Man, Ginuwine, Larenz Tate, and Tyson Beckford. After seeing the list, Foxx left a comment saying they must’ve lost his pic.

Jamie Foxx frustrated with being left off hot throb list