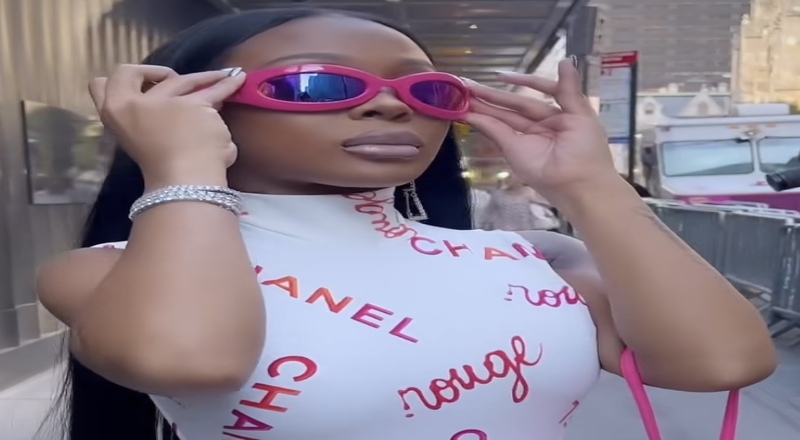 Jayda Cheaves has been one of the most popular social media influencers, over the past four years. She’s seen massive success, with her Waydamin clothing line, as she also has over 7.6 million Instagram followers. Jayda has also been in the public eye, for her up and down relationship with Lil Baby, since 2017.

Jayda was also in New York City this weekend, for New York Fashion Week. She sported a very interesting look, as she brought the Lil Kim vibes. Jayda wore a red and white Chanel top, which is similar to the red and white top that Kim had on, in the 1990s. Jayda also brought out the red heels, to match.

Jayda is also getting ready to celebrate her 25th birthday, as it falls on September 25. She took to Instagram this weekend, to post additional photos of her in New York, as she said she’s getting ready for her “golden year,” which is the new age that one is on a birthday date, matching the same exact number date of that month.

More in Hip Hop News
Cardi B shows off face tattoo of son’s name [VIDEO]
Lil Durk is accused of getting another woman pregnant and that being the reason India Royale broke up with him; Twitter reacts