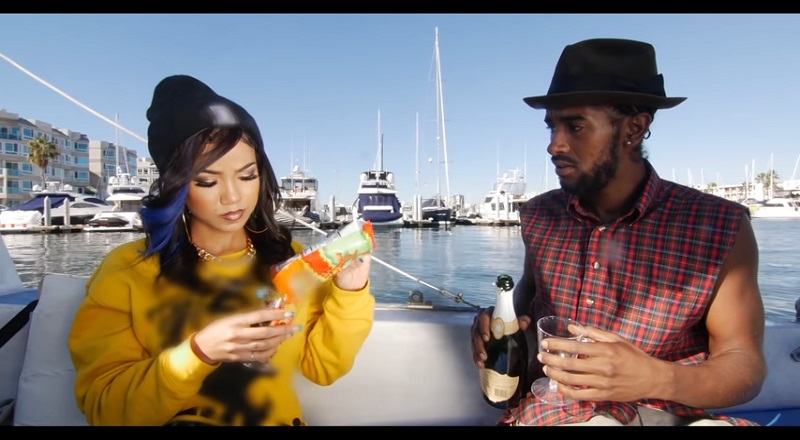 Jhene Aiko and O’Ryan have been over for years. Despite that, Jhene Aiko got O’Ryan to star in her “Spotless Mind” music video. As a result, Jhene Aiko’s history with Omarion’s brother was brought into the spotlight. O’Ryan is the father of Jhene Aiko’s daughter, Nami, which most already knew.

Jhene Aiko was involved with Dot Da Genius, when she was rising to fame. However, Jhene Aiko’s 2013-2014 run was actually her second rise to fame. During the height of the B2K era, Jhene Aiko was making music with them. What slowed Jhene Aiko down was the group’s abrupt disbanding.

Jhene Aiko has recently returned to the spotlight. A few weeks ago, Jhene Aiko and Big Sean confirmed they are expecting a child. While this will be Big Sean’s first child, it will be Jhene Aiko’s second. After Verzuz, O’Ryan already returned to the spotlight. When Omarion did his performance, O’Ryan was right there with him. After that, O’Ryan went viral for his latest leaks, which took place on Twitter. As Jhene Aiko was already trending, fans now have her trending due to O’Ryan. The ladies are trying to figure out what Jhene did right to land O’Ryan and Big Sean.

More in Hip Hop News
Lil Mama gets dragged into Orlando Brown / Bow Wow rumors, as Twitter hopes Orlando Brown got Bow Wow confused with her
Lamar Odom calls out Drake lookalike, as the two will face off in boxing match, on October 15 [VIDEO]