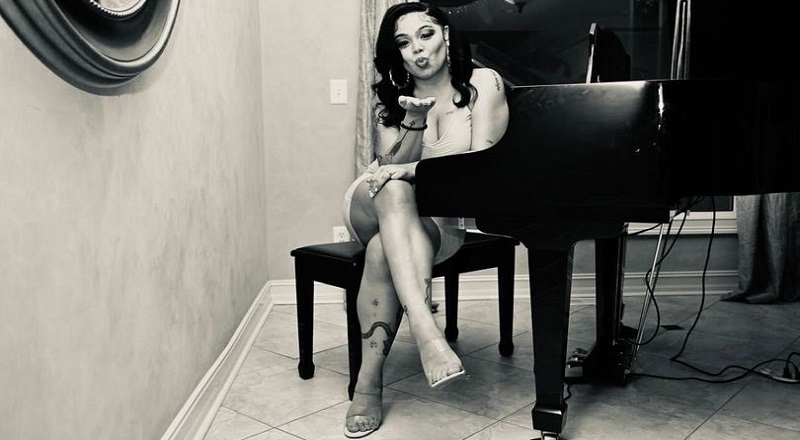 Judi Jai is an OG, when it comes to reality TV. Before ensemble cast reality shows were a thing, Judi came along and rose to fame. She was a part of “Bad Girls Club” and she rose to fame with her antics. In 2019, Judi Jai spoke to Hip-HopVibe.com, explaining that she has moved on with her life and career. Two years later, Judi is onto much bigger things. When she is not reunited with the BGC crew for “Baddies: ATL,” she is hosting the “Ruckus in Dutchess” reunion, or working her new business venture with Walmart.

Judi Jai has seen herself return to the spotlight, but she is quick to remind people she never left. From the moment she made her TV debut, Judi has made sure she has stayed on TV. Whether it was her appearing on court TV shows, or just the random cameo, Judi was out there. In 2021, she took the opportunity to reunite with the “Bad Girls Club” crew. Returning via “Baddies: ATL,” Judi became a household name all over again.

Judi Jai recently took the time out to speak to Hip-HopVibe.com, again. This time, she is speaking from the position of a businesswoman. Recently, she launched her own fragrance company, and she has a deal with Walmart. Obviously, Judi Jai got into it with HHV about this new deal. In addition, she discussed doing “Baddies: ATL,” hosting the “Ruckus in Dutchess” reunion show, and much more.

How have you enjoyed your return to reality TV? I don’t feel like I ever left. Although BGC ended in 2017, I was always consecutively on TV. I made appearances on “Couples Court,” E!, and then came “Baddies: ATL.” I also turned down a few other shows in between. And now with us being in the streaming era, I’m never not “on TV.” My life hasn’t been normal since my debut.

You hosted “Ruckus in Dutchess” season 1 reunion on Out TV, how was that experience? It was amazing! I went to college for broadcast journalism, so that was a dream come true. After being in that position, I will never go back to cast. At least BGC related. Onward and upward! You might be seeing me host another reunion sooner than later ;-).

How did you land this partnership with Walmart for your perfume? My business partner makes things happen! He believes in my brand. It will be coming to way more department stores.

What can fans expect from you in terms of new music? Wayyyy more music. Releasing each song, one by one, from my EP, Superstitious. And I have a lot of singles that will be dropping throughout the upcoming year. I also am going to be focusing on my writing a lot more. Stay tuned!

Circling back to reality TV, what was the experience like going from cast member to host? A moment! Lol. I was so happy to finally be in a position of respect. People honored me as a legend and my hard work I’ve put in to the TV industry for the last eleven years, plus! Nobody was disrespecting me, or talking to me crazy. It was a breath of fresh air and I will never be going backwards.

You’re back on top as the reality TV queen, so when can we expect to see you back on TV? I’ll never leave TV. But now I’m only focused on a certain type of TV. Fighting, low vibrational stuff, isn’t for me! It never was! Stay tuned, because I’ll always be back, always cooking something up in my cauldron lol. I also have a show called “Mealz & Magik” I’ll be creating and it will be on OFTV platform. And like I said you might be seeing me host again real soon!

With the new year on the horizon what’s next for Judi Jai? I am focusing on my brand and where I want to go in this entertainment industry. A lot is manifesting for me. I paint, draw, write, act, work behind the scenes in radio, voiceovers, etc. I am the creative direction in everything I do. Truly, I am talented and I am excited to continue to show the world my gifts and what I am capable of and leave a legacy of pure creativity, and art on my name!