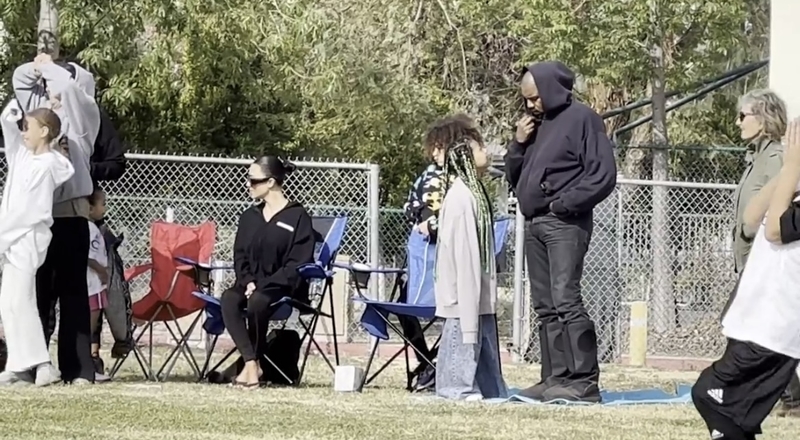 Kim Kardashian and Kanye West have definitely hadn’t seen eye to eye, over the past month. In February, Ye called out Kim for letting their daughter North, be on TikTok. Ye also went on to accuse Kim of not letting him come to their son Chicago’s birthday party, and supposedly had security around him, to play with his son.

Kanye also constantly blasted Kim’s boyfriend, Pete Davidson, on Instagram. He even had an animated version of Pete getting decapitated, in his new “Eazy” music video, with The Game. Thankfully, at the start of March, Kim and Kanye’s divorce was finalized, and they were both declared single. Soon, Kanye got a 24-hour ban from Instagram, for bashing Kim, Pete, Trevor Noah, and others. It also got him removed from his upcoming Grammy performance.

Now, it looks like Kanye and Kim are co-parenting, with no issues. According to TMZ, the two were spotted watching their son Saint’s soccer game, in Los Angeles, over the weekend. North also joined them. Kanye definitely seemed to enjoy himself, as he was all smiles from the sideline, while recording his song playing in the game.

This all comes as Ye took to Instagram earlier this month, to say that Kim doesn’t let him see their kids much. He also alleged that Kim didn’t let them come to his Sunday Service event. Kim had soon denied any of those claims.