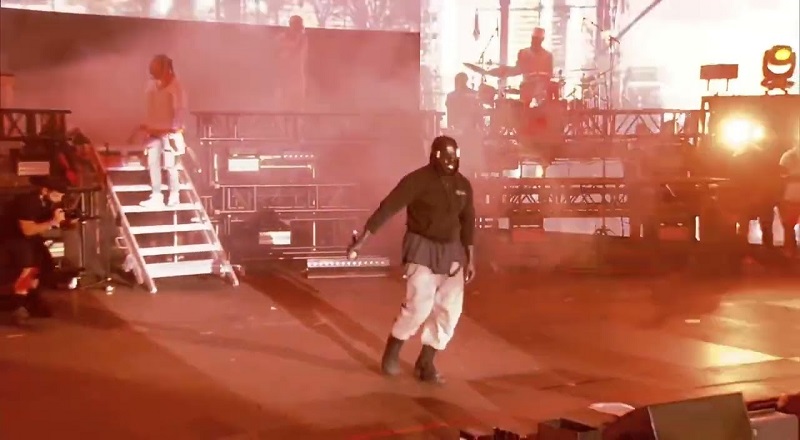 Kanye West is currently battling with Adidas, over their newest products. As a result, he has taken over social media with rants and insults. In addition, Kanye West now has to contend with Courtney Cox. A 2020 TMZ article went viral, where Jennifer Aniston said Kanye’s presidential run wasn’t funny. After that, a tweet apparently from Ye said “Friends” wasn’t funny either.

Kanye West is known for his witty commentary, especially his comebacks. With that being said, the “Friends” joke sounds like something Kanye would say. Above all, Kanye always lashes out when he is going through stressful moments. After all, Kanye dragged his ex-wife, Kim Kardashian, through the mud due to his current issues with Adidas. However, the “Friends” crack led to Courtney Cox getting involved.

Kanye West had to contend with Courtney Cox commenting that the “old Kanye” probably thought “Friends” was funny. In addition, Ye is already going through his situation with Adidas. After Kanye saw what Courtney Cox said, he responded. At the same time, Ye is still reeling from a turbulent 2022. As a result, Kanye replied, saying he didn’t make the “Friends wasn’t funny tweet,” but he wishes that he did.

Source: On The Dot

More in Hip Hop News
Shavez Hart, an Olympic sprinter, passes away while breaking up a fight in The Bahamas
Woman claiming to be Raven Jackson’s cousin is accusing 600 Breezy of lying about the cause of her passing away