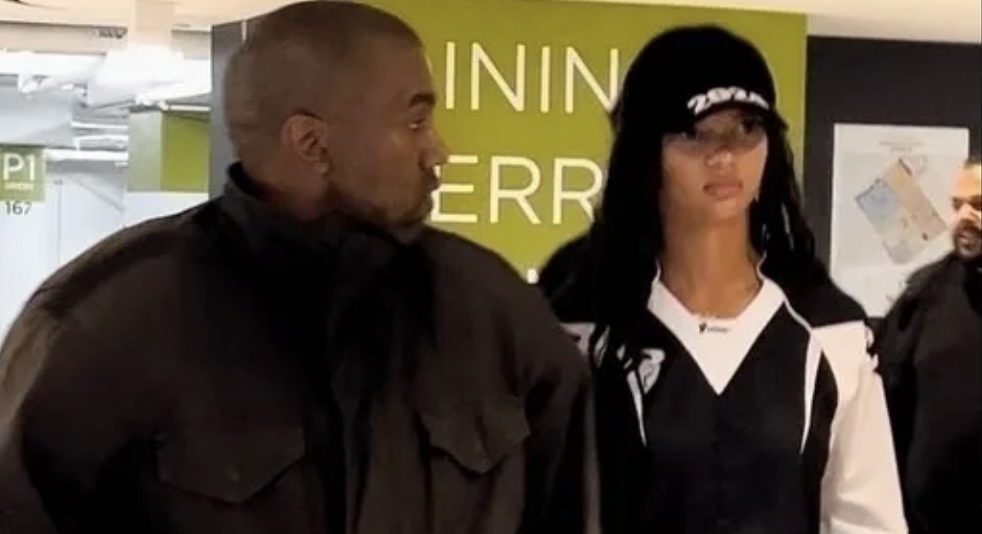 Kanye West has been making various headlines for himself, over the past week. He went viral for wearing a “white lives matter” shirt, while having his Yeezy fashion show in Paris. He even went on to go on Tucker Carlson’s show on Fox News, to claim how he was allegedly threatened for wearing that shirt, as well as his Donald Trump MAGA hats.

Kanye also feuded with Diddy, by posting their text message conversations. As a result, Ye got restricted on Twitter and Instagram, after using an anti-Jewish caption, to describe one of those text message posts.

However, Kanye’s dating life is also being discussed, once again. He and Kim Kardashian officially god divorced in March, as the two have been seeing other people, ever since the divorce was initially filed, in February 2021.

Kanye has dated women such as Irina Shayk, Vinetria, Julia Fox, and Only Fans model Monica Corgan, over the past year. But, Ye has also been spotted with another model, over the weekend. According to TMZ, he was with 24-year-old Brazilian model Juliana Nalú. She even wore Kanye’s “2024” hat, as it hints at another presidential run for him, in two years.

Therefore, this was reportedly a movie date, as Kanye and Juliana saw Swedish filmmaker Ruben Östlund’s “Triangle of Sadness.” The two were in a movie theater in Hollywood. Kanye and Juliana reportedly spent time together last week as well, by going to a hotel in Beverly Hills, as well as having dinner at Giorgio Baldi, in Santa Monica.

More in Hip Hop News
NeNe Leakes speaks on her son, Brentt’s, heart attack and stroke
Rick Ross jokes about not being able to fit in the bathroom stalls at Miami Heat game [VIDEO]