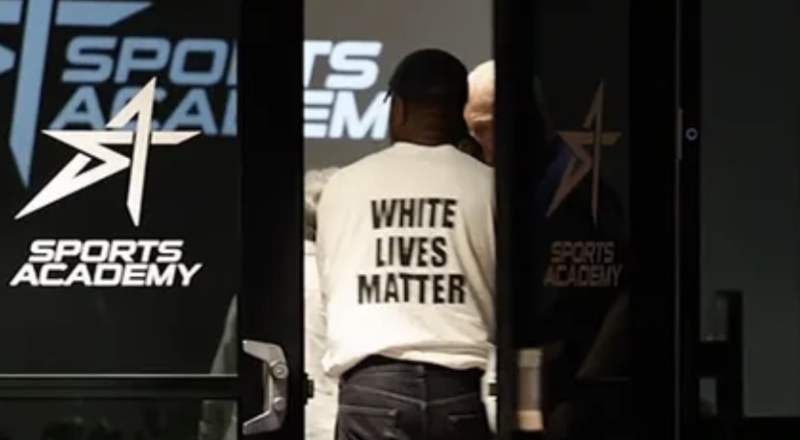 Kanye West has been a huge trending topic this week, due to his “white lives matter” shirt that he wore, in Paris. That was for his Yeezy fashion show. This move earned a lot of backlash on social media, especially from fellow industry celebrities. This included Meek Mill, Boosie, and Diddy. Unfortunately, Kanye even defended this move, while being interviewed on Fox News.

Kanye also decided to wear this white lives matter shirt to his daughter North’s basketball game, on Friday night. According to TMZ, he was attendance for this game, in Thousand Oaks, CA. Kim Kardashian was also there to support North, but didn’t appear to speak to Kanye at all, or look at his direction. She appeared to simply want to co-parent, by supporting North’s game. Kim even reportedly parked her car on the other side of the venue, to avoid running into Kanye about any issue.

Kanye wore the same white lives matter shirt, in Paris. This is a white long sleeve, with the “white lives matter” display, on the back of it. Kanye is also said to have brought a cameraman with him, to North’s game.

More in Hip Hop News
Pop Smoke’s alleged 17-year-old killer, gets criticized, after being spotted in jail with pizza and cell phone
Kanye West’s Instagram account gets restricted, due to anti-Jewish caption, in post about Diddy text message conversation