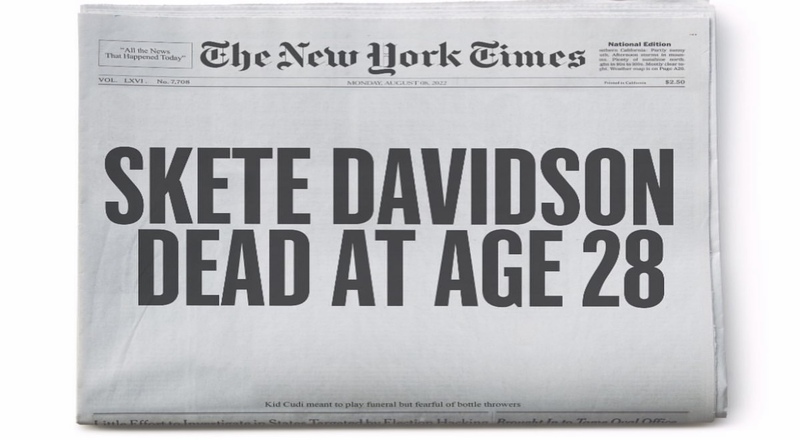 Over the weekend, it was reported that Kim Kardashian and Pete Davidson split, after nine months of dating. The two became one of the biggest couples on social media, last fall, after Kim hosted an episode of “Saturday Night Live.” Pete and Kim soon began being spotted on dates in cities such as Beverly Hills and Pete’s hometown of Staten Island.

At this point, Kim and Pete are supposedly remaining friends. Now, Kim’s ex-husband, Kanye West, is taking the time to troll Pete, for the breakup. This comes after dissing Pete before, and even oddly having his head decapitated, in his “Eazy” music video.

However, Kanye has just taken to Instagram, on Monday morning, to post a photo of a photoshopped New York Times cover, which read “Skete Davidson dead at age 28.” Skete is a nickname that Kanye has been using to call Pete, in an effort to troll him, this year. Kanye had been dissing Pete for a month, back in February. This even led Kim to text Kanye about how he could be putting Pete in a dangerous situation, but Kanye claimed that he would do what it took, to keep “Skete” safe.

Hopefully, Kanye finally moves on from Kim, and stops playing the crazy ex role. Pete has obviously moved on, and so has Kim, from both Pete and Kanye.

More in Hip Hop News
Chrisean Rock speaks on Blueface having a baby, saying she isn’t starting over, and is rocking with him until death
Fat Joe calls Irv Gotti a “sucker” for exposing Ashanti relationship and said Ja Rule was sitting beside him and could have said something [VIDEO]