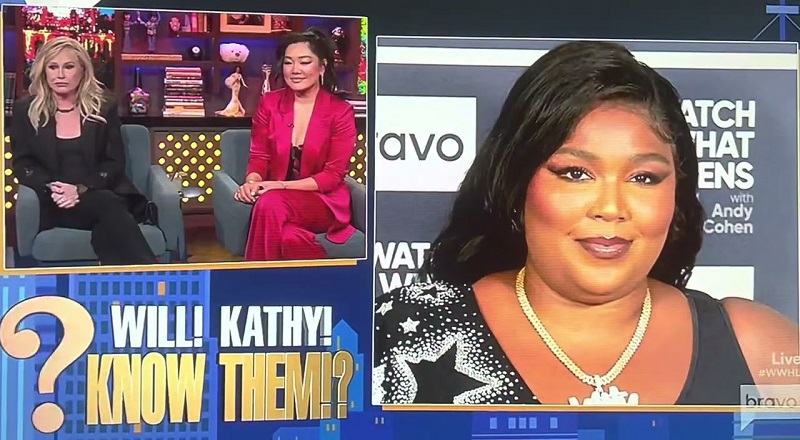 Kathy Hilton has become well known, within the Bravo world. After spending years on “The Real Housewives of Beverly Hills,” Kathy Hilton has people invested in her family, her friendships, and her endeavors. Last night, Kathy Hilton also ticked a good portion of people off.

Kathy Hilton is a big name, courtesy of Bravo’s “The Real Housewives” franchise. However, Lizzo is a big name, worldwide, and has been since 2019. During the summer of 2019, Lizzo saw some of her music released in 2016 begin to chart on Billboard, and take over radio.

Kathy Hilton appeared on “Watch What Happens Live,” last night. Andy Cohen played a game that consisted of naming celebrities. With Kathy Hilton being the primary guest, Cohen called the game “Will Kathy Know Them?” When Lizzo’s face popped up, Kathy Hilton did not know her. As a result, she decided to guess who she was. However, Kathy Hilton used her guess on the character of ‘Precious,’ portrayed by Gabourey Sidibe. In turn, Kathy Hilton is receiving a lot of backlash from fans on Twitter. With that being said, Kathy Hilton is being accused of being racially insensitive.

More in Hip Hop News
Safaree and Kimbella Matos trend on Twitter, after explicit video of them leaks
Martell Holt allegedly moves in with Sheree Whitfield at Chateau Sheree and will be on the #RHOA reunion