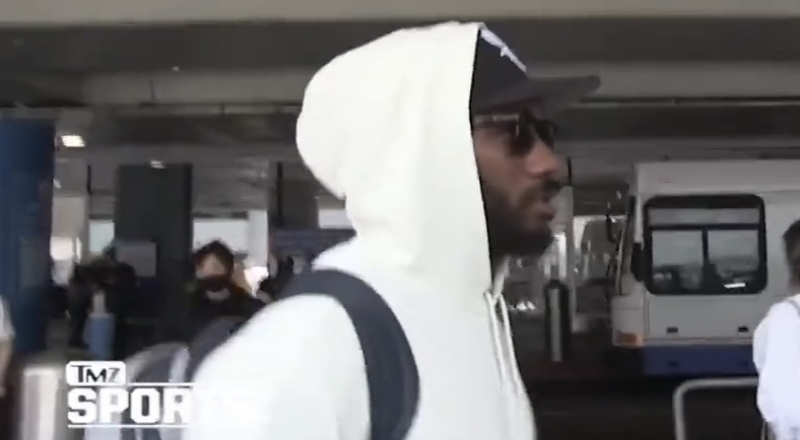 This year’s NBA Finals is almost set. On Thursday night, the Golden State Warriors clinched their sixth Finals appearance in the last eight years, as they defeated the Dallas Mavericks, in five games. Stephen Curry ended up being named the Western Conference Finals MVP. The Boston Celtics have a chance to close out the Miami Heat in the Eastern Conference Finals tonight, in Game 6, in Boston.

TMZ Sports recently caught up with Los Angeles Clippers superstar Kawhi Leonard, to get his NBA Finals prediction. Kawhi hilariously kept saying that he has his Clippers winning it all. The reporter simply laughed along with this reply.

Kawhi didn’t play at all this season, due to suffering a torn ACL, in last year’s playoffs. The Clippers also dealt with Paul George missing most of this past season.

Kawhi has been making moves off the court lately, which includes shooting a new commercial with New Balance. In their last ad, Kawhi and Jack Harlow are seen playing basketball together, in New Balance apparel. At the end of the commercial, Harlow said how New Balance has now.

“Who do you have based on who’s left?”

“Who do you think will win the title?”