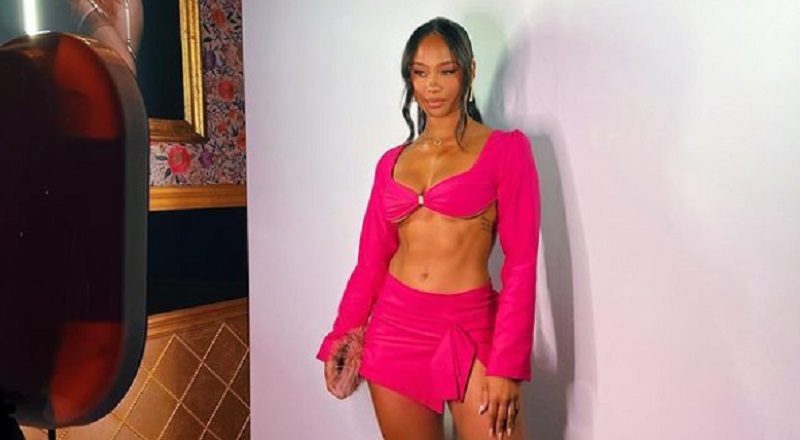 Kayla Nicole, not to be mistaken with the YouTuber, has dated Travis Kelce for years. Recently, Kayla Nicole and Travis Kelce have faced breakup rumors. Fans point to Kayla removing all social media posts with Kelce in them. While this normally indicates a breakup, it does not always.

Kayla Nicole was accused of breaking up with Travis Kelce because he allegedly made her pay for half of everything. According to rumors on Twitter, Kayla Nicole was tired of paying for half. However, Kayla Nicole has broken her silence on these rumors. When Kayla Nicole took to Twitter, she shared a story reporting on the rumored breakup. In response, Kayla Nicole came up with a fancy way of saying the story was untrue. What fans are unclear of is whether or not Kayla and Travis are together.