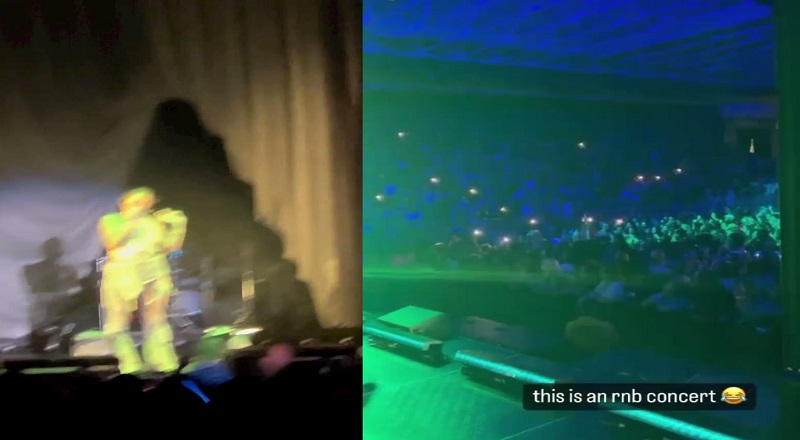 Kehlani came to Pittsburgh, tonight, and thought they were giving the fans a show. It turns out, the fans ended up giving Kehlani a show. For ten years, Kehlani has been releasing music. During this time, Kehlani has evolved from a local Oakland artist into an international superstar.

Kehlani rose to fame, outside of the music, for their time dating Kyrie Irving. Despite the breakup, Kehlani congratulated Kyrie Irving, when his team won the NBA championship. A year later, Kehlani became a parent when they gave birth to their daughter.

Kehlani came out as non-binary, meaning they have no specific gender. As a result, Kehlani does not go by “she” and “her.” Instead, Kehlani goes by “they” and “them.” The fans have followed Kehlani and stuck by their side through all of the changes. Ultimately, Kehlani is on a journey to find themselves. Tonight, Kehlani found themselves in the middle of a ton of action.

Kehlani was in Pittsburgh in hopes of performing their concert. While Kehlani was performing, a fan ended up running onto the stage. As if the person interrupting Kehlani while they were performing was not enough, the crowd got crazy. After getting the person off the stage, Kehlani’s performance was interrupted again. This time, the fans in the crowd were fighting each other.

WHY ARE YALL FIGHTING AT A KEHLANI CONCERT LMFAOAOAOAODBAJDBAJSJ pic.twitter.com/ngO9N4wgm6

HERE GO THE GIRL TO CAME ON STAGE TONIGHT AT KEHLANI SHOW pic.twitter.com/6KNfNERaii

More in Hip Hop News
Young Thug sued by promoter for $150,000, due to canceled Atlanta concert, after Thug’s indictment
Drew Taggart, of The Chainsmokers, says T.I. punched him in the face when they first met, because he kissed T.I. on the cheek [VIDEO]