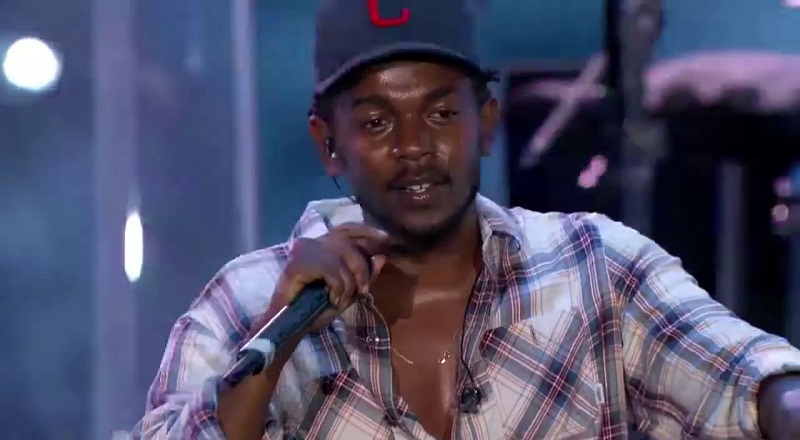 For several weeks now, there have been rumors and reports, that Kendrick Lamar could be releasing a new single, before his upcoming Super Bowl LVI halftime performance. This would be his first single since 2017.

“Both Kendrick Lamar and SZA have not released albums since 2017’s DAMN and Ctrl, respectively, though sources tell Billboard a Lamar single may arrive on Feb 4. or Feb. 11 before he plays the Super Bowl halftime show, while SZA’s sophomore effort is expected in the second quarter of the year,” said a Billboard report.

On an episode of “Rap Life,” this week, Ebro Darden also revealed that this rumored Kendrick Lamar single might be out on February 11.

February 11 is here and Kendrick Lamar doesn’t have a new single out. Fans on Twitter have since expressed their disappointment, as they haven’t gotten any new Kendrick music at all, since 2018. Four years ago, he appeared on the Black Panther movie soundtrack.

Kendrick could possibly release this new record on Super Bowl Sunday, in celebration of the big game, and his halftime performance. The last update that the Compton rapper provided about new music, was last August, where he said his next album will be his last one, under Top Dawg Entertainment.

More in Hip Hop News
Adele says her Las Vegas residency concerts would’ve been “half-assed,” if they went on as planned
Kylie Jenner announces that her and Travis Scott’s second child’s name, is Wolf Webster