Home » Hip Hop News » Kendrick Lamar’s upcoming “Mr. Morale & The Big Steppers” album, is already expected to debut at number one in the US, and sell 350,000 units, in first week 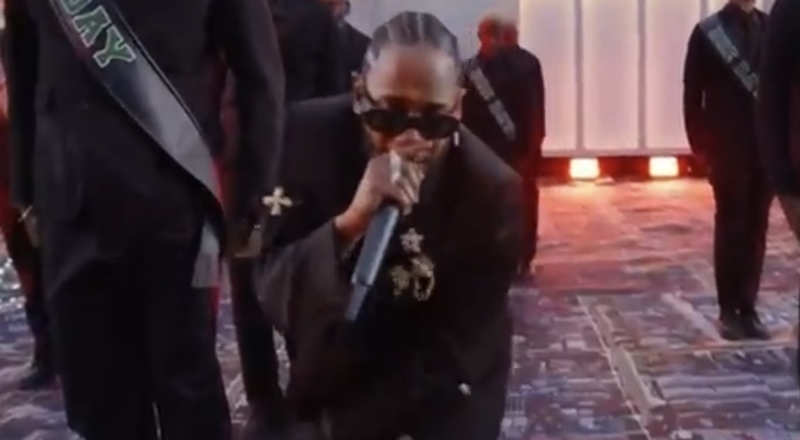 Last week, Kendrick Lamar delivered some amazing news to his fans. This is that Kendrick will finally be releasing his first album in five years. This project is titled “Mr. Morale & The Big Steppers,” and will be released on May 13.

The anticipation is sky high for Kendrick’s forthcoming fifth studio album, as sales projections are already here. According to Chart Data, “Mr. Morale & The Big Steppers” is expected to debut at number one in the US, and become Kendrick’s third consecutive number one album. Mr. Morale & The Big Steppers is also expected to sell a massive 350,000 units, in the first week of its release.

Kendrick’s last studio album came way back in April 2017, which was “Damn.” Damn was one of the biggest projects of Kendrick’s career, as it even went on to win a Pulitzer Prize. Damn was led by hits such as “DNA,” “Humble,” and “Loyalty,” featuring Rihanna.

As of now, no singles for Mr. Morale & The Big Steppers has been released yet, but that could definitely change, ahead of May 13. Kendrick had a hot start to 2022 as well, as he performed at halftime, of Super Bowl LVI. He was also joined by Dr. Dre. Eminem, Snoop Dogg, and Mary J. Blige.