Home » Hip Hop News » Kevin Samuels reportedly died broke and in debt with only $1,000 to his name 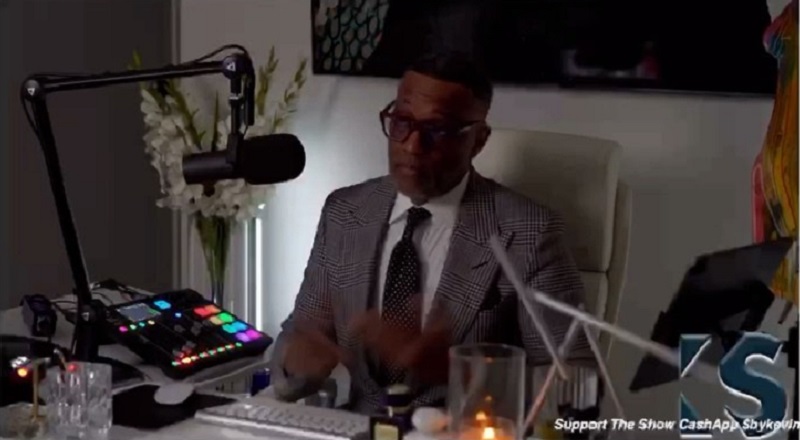 Kevin Samuels reportedly died with only $1000 to his name

Kevin Samuels was the unlikely viral star. Samuels rose to fame in his mid-50s giving relationship advice. Almost everything Kevin Samuels said was controversial. Despite people claiming they “hated” Kevin Samuels, all of his videos went viral. Of course, people love controversy.

Kevin Samuels built a platform off speaking his mind. While a lot of what Kevin Samuels said was offensive, it made sense. When he said find “High Value Women,” Kevin Samuels faced backlash. Yet social media is filled with men chasing women considered out of their league.

Kevin Samuels had a YouTube empire. Aside from Kevin Samuels doing YouTube, he was doing other platforms. Future cast Kevin Samuels for his “Worst Day” music video. It is easy to consider Kevin Samuels well off. However, reports are saying Kevin Samuels actually died broke. According to reports, Kevin Samuels was in a lot of credit card debt. When trying to find actual money, it is said that Kevin Samuels only had around $1,000 to his name. As a result, Kevin Samuels’ family is allegedly considering a GoFundMe to raise money for funeral expenses.

Kevin Samuels reportedly died with only $1000 to his name

More in Hip Hop News
Travis Scott performs at first public concert since Astroworld Festival, at E11EVEN, in Miami [VIDEO]
Man who’s wife got DM from Drake, after he said Drake’s son probably plays with ghostwriters, says he’s a Drake fan, and that he and his wife would want to meet Drake [VIDEO]