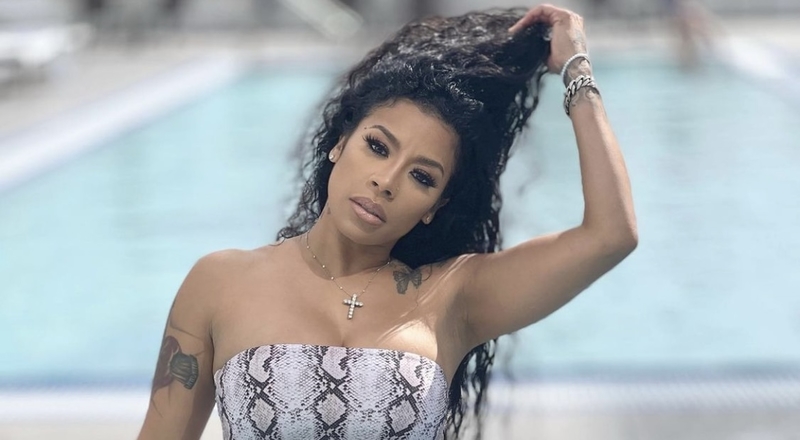 Over the past few months, Keyshia Cole has been trending, for her up and down relationship with former NFL Wide Receiver, Antonio Brown. Keyshia even showed off an “AB” tattoo, which drew a lot of criticism online. AB ended up commenting on Instagram “You ain’t pimpin until you hit an R&B diva.” Keyshia wasn’t feeling that, as that also came after AB released his “Don’t Leave” single, with Keyshia.

Now, Keyshia is previewing some new music of her own, that is on the way. She recently took to Instagram to show fans a clip of a drill beat, that she sung over. Many fans weren’t feeling this record very much, as they simply wanted Keyshia to showcase her usual R&B talents, and not try to hop on the drill wave, that a lot of artists want to try on, in this era.

Check out Keyshia Cole previewing her new drill song on Instagram, below.

Continue Reading
You may also like...
Related Topics:featured, keyshia cole