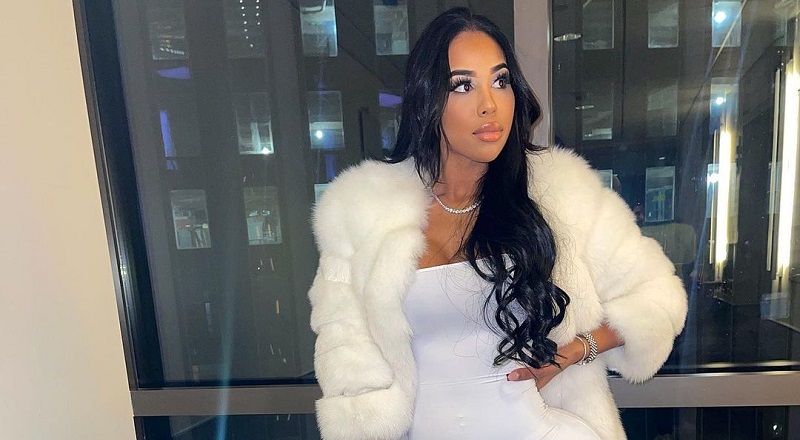 Last night, Safaree was put on blast for being accused of cheating on Erica Mena. As she read the blog post, Erica cried, because the things Safaree allegedly did for this woman, he did to win her over. Kimbella Matos is the alleged woman in question.

In September, the original story broke, of Safaree being spotted on a date with Kimbella Matos. Not to be confused with Juelz Santana’s wife, Kimbella, Matos is best-known for being an Instagram model. On last night’s “Love & Hip Hop Family Reunion” episode, the story was brought back up.

It looked like Safaree and Erica finally put their drama to the side, when this happened. Hopefuls even assumed the couple might call off their divorce and get back together. Of course, people who follow them, in real time, know this isn’t happening. Last night’s episode explained why, as Erica Mena saw a blog post accusing Safaree of taking another woman on a date and buying her flowers. Meanwhile, the only thing Safaree is saying is that she was a fan he took a photo with.

Kimbella Matos has broken her silence on matters. Last night, her name wasn’t mentioned on the show. In fact, her name was blurred out, when it was shared on the screen. But, this afternoon, she posted to her IG Story that she is “not sneaky link material.” She made it obvious that she is referring to Safaree and Erica’s fight, on “Love & Hip Hop,” last night.