Home » Hip Hop News » King Charles is under fire after ignoring Black man, who tried to shake his hand, on live TV [VIDEO] 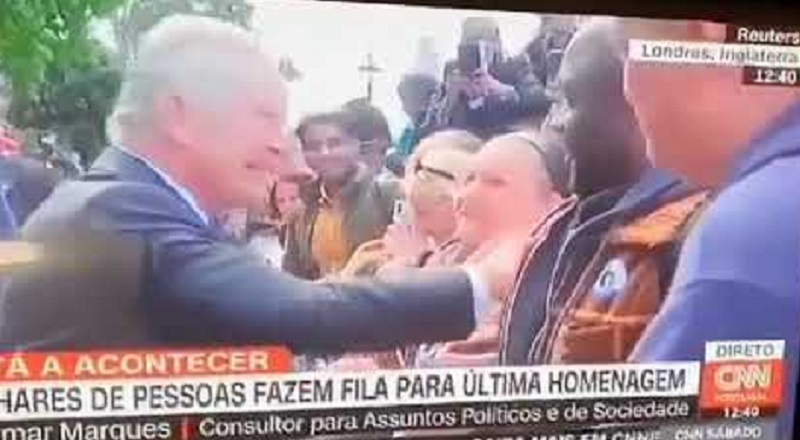 King Charles is already facing backlash and he has only been the King of England for a few days. Obviously, the world is still in shock, following the passing of Queen Elizabeth. With the Queen’s passing, Charles became the King. Already, there are rumors that his staff does not like him.

King Charles has already been sworn in as the King. However, he has also had to go through the funeral processing of his mother. In addition, there are rumors about internal friction between his children. Yesterday, the Queen was finally laid to rest. Unfortunately, some tried to use Meghan Markle’s crying as a way to overshadow this.

King Charles has spent the past week greeting the citizens of England, as they follow the traditions with the burial of his mother. As a result, the people have found things to get upset about. First, there was the woman who refused to shake Meghan Markle’s hand. Second, there were rumors of the Princes William and Harry being embroiled in a feud. Third, there was controversy surrounding Meghan crying during the Queen’s funeral. In addition, King Charles is accused of intentionally ignoring a Black man who tried to shake his hand, when he was greeting the people.

What did i just watch ?

If Racism was a person.

Black people, we are on our own. pic.twitter.com/21tPNc3YUx